OPINION: Communism and CRT — Why They Both Suck

Corporate wants you to find the difference between these two ideologies

Living in the free state of Florida, I see Governor Ron DeSantis fight the evils of Critical Race Theory and Communism on the reg. But what many don’t know is that the two are not only related — they use the same exact playbook to exploit and coax everyone from the unwitting to the entitled.

Let me break it down for you, kids.

Marxism is the political theory that outlined the basis for Communism, an ideology that tortures, starves, enslaves, and kills everyone before it inevitably fails every single time it’s been tried.

How though? According to The Communist Manifesto, authored by Karl Marx and Friedrich Engels, the goal was for the proletariat (“modern wage labourers who [have] no means of production”) to overthrow the bourgeois (“owners of the means of social production and employers of wage labour”) and ultimately abolish capitalism to live in a glorious Utopia of sharing and caring. But a series of undoings have to happen first: among them, the abolition of family, individuality, eternal truths (like math), borders, wealth, and our history — basically, everything that grounds us in ourselves, in our reason, and in our reality must be overthrown. We, ourselves, must be undone.

How on earth does this keep happening? Why do people keep buying into such a radical, damaging, and deadly ideology. The powers that be target teens, young adults and, most recently, children, in order to weaponize their empathy to push this dangerous ideology.

So how does this relate to Critical Race Theory and praxis? If you have an hour you don’t mind losing forever, you can spend it with The New York Times trying to unpack whatever this is trying to say:

But critical race theory is not a single worldview; the people who study it may disagree on some of the finer points. As Professor [Kimberlé] Crenshaw put it, C.R.T. is more a verb than a noun.

Or, you could just take it from James Lindsey, author of Race Marxism, who defines it simply and succinctly: “[CRT] n: calling everything you want to control racist until you control it.”

What is the methodology used to teach CRT? The goal, according to proponents, is to decentralize whiteness.

“Whiteness”? That not only seems abhorrently racist, but also oddly specific, what is “whiteness”? Well, I deep-dove and found a handy dandy chart, originally from the The African-American History Museum’s page on Whiteness. The chart defines whiteness as a number of evil things: oppressive ideas like having two parents, having hopes, having dreams and goals, a standard of masculinity and femininity, work ethic, and *shivers* Christmas.

But what stood out to me was that this chart listed the same undoings associated with communism: family, individuality, eternal truths (like math), borders, wealth, and our history. 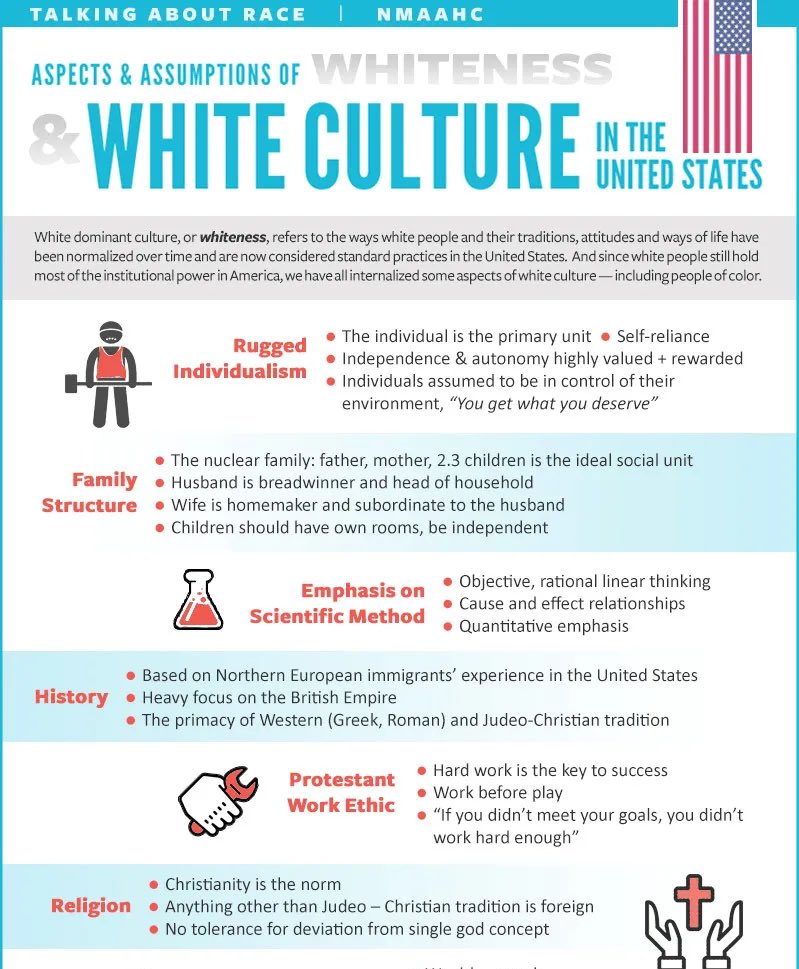 But I think the most transparent of all the Communist/Marxist/Racial overlap was the original mission statement of BLM, who are famously “trained Marxists.”

BLM pulled the Marxist and CRT teachings out of their “what we believe” section.

Google BLM and click the “about” down arrow to see for yourself.

But don’t worry. I save the receipts. pic.twitter.com/MAlotr5MNh

Instead of a class struggle under Marx, we have a race struggle; a dynamic encouraged by the rich and the powerful perhaps to keep the attention off of them and have us fighting amongst ourselves.

What we do know is CRT and Communism are two sides of the same coin, two wings of the same bird. Both dangerous ideologies take advantage of those in some kind of pain, sell a cure, and topple institutions. There was a reason that the Civil Rights Act of 1964 said Communists were not people:

the phrase “unlawful employment practice” shall not be deemed to include any action or measure taken by an employer, labor organization, joint labor-management committee, or employment agency with respect to an individual who is a member of the Communist Party of the United States or of any other organization required to register as a Communist-action or Communist-front organization by final order of the Subversive Activities Control Board pursuant to the Subversive Activities Control Act of 1950.

This is also a reason why Walt Disney testified against them in congress nearly 20 years earlier. Communism is a fatal disease that infects everything it touches and we’ve known this for decades. Those deep within this system understand there are a small number of winners and they want to be seated at the table when it all comes down. Don’t let it fall down. Fight it. Fight it like a Cuban who just built a boat out of trash to escape it and never stop. 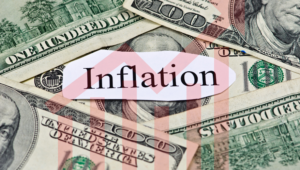