Johns Hopkins University’s Moore Center for Prevention of Child Sexual Abuse in Baltimore has hired a professor who resigned from a Virginia university after facing backlash over a video in which they discussed how it is not immoral to be a “minor attracted person.”

We are excited to share that Allyn Walker, PhD, will be joining the Moore Center as a postdoctoral fellow on May 25.

— Moore Center for Prevention of Child Sexual Abuse (@MooreCenter_JHU) May 12, 2022

Walker wrote a book titled, “A Long, Dark Shadow: Minor-Attracted People and Their Pursuit of Dignity.”

The viral comments were made during an interview with the Prostasia Foundation, an organization that advocates for “non-offending” pedophiles.

“Having an attraction to minors, as long as it isn’t acted on, doesn’t mean that the person who has those attractions is doing something wrong,” Walker said.

Walker explained that they use the term “minor attracted person” because of the stigma associated with the word pedophile.

Your #WorstTakeOfTheWeek this week comes from Allyn Walker, defending paedophiles.

“MAP advocacy groups like B4U-Act have advocated for use of the term, and they’ve advocated for it primarily because it’s less stigmatizing than other terms like pedophile,” Walker said.

Walker also stated that they “sort of empathize” with pedophiles because of being LGBTQ.

Dr Allyn Walker, prevention researcher who suffered online attacks following an interview with Prostasia on their work, was just appointed to a prestigious position at Johns Hopkins School of Public Health. https://t.co/Z9wf1dkt0m https://t.co/EaRYUVEojQ

In January, the Prostasia Foundation published a blog post on how to reduce child sexual abuse. At the top of their list was “comprehensive sex ed that includes pleasure, consent, chronophilias, fetishes, etc.”

Chronophilias refers to people who are only sexually attracted to certain ages.

“All that said, there is one taboo that many don’t even know about until it becomes part of their lives. Chronophilias are not well known and not well understood by most, but they are simply a scientific way of talking about how for some people, they are sexually attracted to others in a particular age-range, which may not match their own age. When we do talk about chronophilias at all, we typically only talk about one of them: minor attraction, and specifically pedophilia (attraction to prepubescent minors). But the fact of the matter is that the best science we have on hand right now is that minor attraction is something you are born with and can’t change. It functions very much like other sexual attractions,” the Prostasia Foundation post says.

The post continued , “but chronophilias go beyond minor attraction, there are age related sexualities on the other side as well. Minors can have little to no attraction to those in their own age group while being attracted to adults in general (though the onus is always on the adult to say no.) There is attraction to middle aged and older adults. And there is fluidity in the same way other sexualities are more of a spectrum. It’s also possible to have a chronophilia, whether it’s minors or adults, but not be exclusively attracted.”

The group often advocates to abolish the sex offender registry and for the legalization of child sex dolls.

As people began digging into the professor’s work, they found Walker’s PhD dissertation in which they argued that pedophiles should be given access to high-quality “simulated” child pornography to keep them from offending.

After outrage about Walker’s positions swept the internet, Elizabeth Letourneau, director of the Moore Center, published an op-ed in The Washington Post defending them.

“Last year, the Moore Center for the Prevention of Child Sexual Abuse at Johns Hopkins University launched the Help Wanted Prevention Intervention, an online course aimed at people who have concerns about their sexual feelings for younger children. Since going live, Help Wanted has been accessed more than 214,000 times,” Letourneau wrote. “That’s a lot of people looking for more information for themselves or someone they know who needs help dealing with an attraction to children. These are the people Walker was speaking about in the interview that cost them their job.”

According to a report from Reduxx, the Moore Center has a history of controversial hires.

“John Money, who coined the term ‘gender identity,’ was a sexologist and psychologist who founded the Gender Identity Clinic at Johns Hopkins University in 1966 and started an extensive research program on the medical treatment of sexual paraphilias and on ‘sex reassignment’ procedures,” the report notes. “Dr. Fred Berlin, a controversial psychiatrist who was mentored by Money, had a clinic within Johns Hopkins until the mid-1990s. Berlin is infamously known for protesting against a law that required mental health professionals to alert police when they were aware a client was actively sexually abusing a child.” 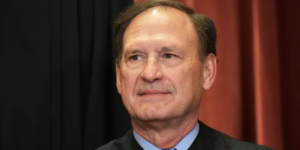