OPINION: The Undoing of Slavery in America — A Timeline

How America abolished a millennia-long, global institution in a single lifetime

The American experiment was never a question of whether or not we would have slavery, it was always a discussion of how we would get rid of this deeply ingrained and sinful practice that had been around for thousands of years, and still exists in parts of the world today. But America managed to abolish the practice entirely within the 76 years between the First Constitutional Convention and the Civil War.

Slavery was a global institution. Thus, many states had laws designed to keep it intact — whether by mortgages, inheritance, or laws for buying, selling, and freeing slaves and severe penalties if you broke them. Vermont, for example, had no vested interest in slavery, and ended it in 1777, while states like South Carolina literally went down with the ship to keep it in 1865. The process was tedious and arduous, but America abolished slavery in the length of one lifetime — through Federalism, federal legislation, and Civil War.

So here is a timeline of slavery in America drawn primarily from the official website associated with 2005’s four-part PBS documentary Slavery and the Making of America:

The British colonies send the most epic break up letter in the history of the universe to Britain and we start the clock.

In Philadelphia, the Quakers forbid its members from holding slaves.

Vermont, nearly a decade and a half before it became the fourteenth state, abolishes slavery and enfranchises all adult males.

New York enfranchises all free propertied men regardless of color or prior servitude.

Virginia prohibits the importation of slaves.

New York passes a gradual emancipation law, and prohibits the importation of slaves.

The Northwest Ordinance forbids slavery, except as criminal punishment, in the Northwest Territory. Residents of the territory are required to return fugitive slaves.

Rhode Island forbids residents from participating in the slave trade.

According to the Northwest Ordinance of 1787: “There shall be neither slavery nor involuntary servitude in the said territory,” referring to all states northwest of the Ohio River.

See, while the North had already began abolishing slavery in several states, the South, which depended on slavery for their economy, argued that slaves were their property. However, they were also trying to count them as part of the population for census purposes.

Why was that important? If the south could successfully exploit the number of slaves for census purposes, that would mean they could acquire more representation and electoral votes to push forward their goals regarding keeping slavery legal and their own westward expansion. The northern delegates said absolutely not. After some debate, between 0/0 and 5/5 representation, they landed on 3/5s, which would ultimately leave the South short of the extra members of the House of Representatives and the electoral votes they needed.

The U.S. Constitution is drafted, ratified, and put into operation.

Connecticut and Massachusetts forbid residents from participating in the slave trade.

Congress prohibits slave trade between the U.S. and foreign countries.

Congress extends the Virginia and Maryland slavery laws into the District of Columbia, establishing a federally authorized slave code.

The U.S. bans the importation of slaves from foreign territories into Louisiana.

In Pennsylvania, the Underground Railroad is officially established.

On the first day he was legally able, Thomas Jefferson abolished all incoming slaves via the Slave trade. (Finally a win for TJ.) So, to reiterate: within 20 years of the birth of our country, this millennia-old stain on the world was already in the beginning of the end stages in America.

The state of Georgia bans the slave trade.

U.S. law declares slave trading to be a capital offense.

The Underground Railroad is given its name.

Virginia passes a law permitting the emancipation of any slave by will or deed.

The Republican Party is formed out of the Free Soil Party.

New Hampshire declares that no one shall be denied citizenship on account of African descent and, along with Vermont, repeals laws against the enlistment of blacks in state militia.

Vermont passes a personal liberty law and declares that no one shall be denied citizenship on account of African descent.

Abraham Lincoln is elected to the presidency.

The Confederate States of America is formed. Jefferson Davis is elected its president.

The Civil War kicks off in South Carolina

West Virginia is admitted to the Union as a free state. Its constitution calls for gradual emancipation.

The thirteenth amendment to the U.S. Constitution abolishes slavery throughout the country, thanks to the sacrifice of nearly half a million Union Soldiers.

Abraham Lincoln keeps our country together on this Unionist idea that our best days were still ahead of us.

“All Men Are Created Equal” has been an ever present purpose since the birth of America; a purpose fought and sacrificed for by imperfect men. No other country has tirelessly pursued a moral good like the United States of America and we should be proud of our integrity, our history, and the courage it took ordinary men to achieve extraordinary feats. 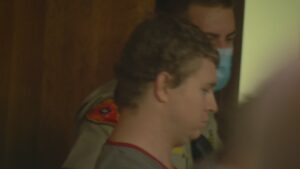