Novak Djokovic Says He Is Willing To Skip French Open, Wimbledon Rather Than Comply With Vaccine Mandate

Professional tennis player Novak Djokovic says he would forgo his upcoming chances at his 21st Grand Slam victory rather than get the COVID-19 vaccine.

The world’s No. 1 tennis player was deported from Australia last month following a chaotic legal dispute stemming from his exemption from the vaccine mandate. He was ultimately unable to compete in the Australian Open, which he had won on nine occasions.

Djokovic told the BBC on Feb. 15 that he is unvaccinated and will not waver in his position to pursue another title.

He called missing the French Open or Wimbledon “the price that I am willing to pay” for remaining unvaccinated.

“Because the principles of decision making on my body are more important than any title or anything else,” he explained. “I’m trying to be in tune with my body as much as I possibly can.”

He said he is not a part of the anti-vaccination movement and noted that he had received vaccination as a child. The Serbian athlete said he supported individuals’ right to choose their medical treatment.

“I was never against vaccination but I’ve always supported the freedom to choose what you put in your body,” he said during the interview.

He also noted he is open to being vaccinated in the future “because we are all trying to find collectively, a best possible solution to end Covid”.

“I was never against vaccination,” Djokovic said. “I understand that globally, everyone is trying to put a big effort into handling this virus and seeing, hopefully, an end soon to this virus.”

The 34-year-old described his experience in Australia, noting the “hard” conditions of his isolation and the political forces that ultimately lead to his deportation.

“What people probably don’t know is that I was not deported from Australia on the basis that I was not vaccinated, or I broke any rules or that I made an error in my visa declaration,” Djokovic said. “The reason why I was deported from Australia was because the minister for immigration used his discretional right to cancel my visa based on his perception that I might create some anti-vax sentiment in the country or in the city, which I completely disagree with.”

Australian Immigration Minister Alex Hawke canceled Djokovic’s visa for a second time on Jan. 14. He cited “health and good order grounds” in his announcement and claimed the tennis player’s presence may incite “anti-vax sentiment” in the nation.

Morrison supported Hawke’s decision, saying it was a necessary step to protect the sacrifices made by Australians amid the COVID-19 pandemic.

“Our strong border protection policies have kept Australians safe, prior to COVID and now during the pandemic,” Morrison told the media.

The day after his deportation, France announced it would not allow Djokovic to enter the country and compete at the French Open unless he was fully vaccinated.

Spain, which allows unvaccinated people to enter the country with a negative PCR test or proof they have recovered from COVID, asked Djokovic to get vaccinated as a show of leadership. 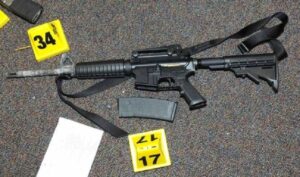