The number one tennis player in the world will compete at the Australian Open despite not getting the COVID-19 vaccine.

Novak Djokovic will defend his title at the Open, which begins on Jan. 17, after being granted a medical exemption to the vaccine requirement.

“Novak Djokovic will compete at the Australian Open and is on his way to Australia,” Tennis Australia confirmed in a statement.

The independent panel of experts that granted the 34-year-old permission to compete did not disclose the reason for their decision. Valid reasons for medical exemptions include inflammatory cardiac illness or another acute condition. Players who have recently tested positive for COVID-19 as also allowed to defer taking the vaccine. Two separate panels consider the applications for exemptions from players

He refused to disclose or discuss his vaccination status. His vaccination status – which he referred to as a private matter – became a significant point of contention in the tennis community, with players across the world telling him to get the shot.

In December, his father told The New York Post that his son would be willing to skip the tournament and wait to compete at the French Open.

“If they decide (not to let him play), they have to stand behind their decision. He has won the Australian Open nine times, he now wants to play, but they have to permit him to play,” Srdjan Djokovic said. “Novak will do what he thinks is the best for him, nobody will impose an opinion on him.”

“I can understand the Australian public being furious,” Castle said on BBC Radio 5 Live. “They’ve been to hell and back and if the crowd boo him – which I think they will – he will put it aside and become the favourite to win. No-one is arguing about his tennis, the concern here is leadership and the example he is setting, but it’s not mandatory to have the vaccination.”

The Serbian tennis star said in a Jan. 4 Instagram post that he was “heading down under with an exemption permission” after spending “fantastic quality time” during the break with loved ones.

Under national COVID-19 requirements, competitors in the Australian Open have to quarantine for two weeks ahead of the event. 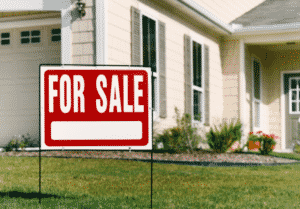