Djokovic said his vaccine status is a personal matter

Novak Djokovic at the Queen's Club in 2018/ Wikimedia Commons / Carine06

Australian immigration minister Alex Hawke says if Novak Djokovic wants to compete in the Australian Open, he must be fully vaccinated.

The island nation requires all visitors to be fully vaccinated before entering the country. Unvaccinated travelers will not be permitted to enter the country until at least 2022.

During an interview with Australian Broadcasting Corporation Radio, Hawke said:

Djokovic is one of the world’s top tennis players. He recently said his vaccination status is a private matter and indicated that because of the country’s vaccine mandate, he was not sure he would compete in the Australian Open.

“Things being as they are, I still don’t know if I will go to Melbourne. I will not reveal my status whether I have been vaccinated or not. It is a private matter and an inappropriate inquiry. People go too far these days in taking the liberty to ask questions and judge a person. Whatever you say, ‘Yes, no, maybe, I am thinking about it,’ they will take advantage.”

The Serbian tennis star has won nine of his grand slam titles at the Australian Open. His last consecutive three were all at Melbourne Park. He is currently ranked world number one in the sport.

According to The Hill, “Djokovic is currently trying to make Grand Slam history in his quest for his 21st major this year. He is currently tied in first place with Roger Federer and Rafael Nadal.”

Recent reports indicate that a third of the world’s professional tennis players are unvaccinated.

“Russian men’s US Open champion Daniil Medvedev and German world number four Alex Zverev have expressed skepticism, although their vaccination status remains unknown,” reports CNN. “Greek world number three Stefanos Tsitsipas said in August he would only get vaccinated if it became mandatory, though later said he planned to have shots by the end of the year.”

Other players like Andy Murray have advocated for the vaccine, saying it would be great if more players got vaccinated.

“Obviously Australia in particular has been very, very strict over there. The public there have had to endure a painful 18 months or whatever,” Murray told reporters last week. “If people are going to come in to the country and potentially risk an outbreak in their community or whatever, yeah, that’s understandable.”

Following the outbreak of the COVID-19 pandemic in early 2020, Australia sealed its borders to non-citizens and non-permanent residents for 18 months. The government was scrutinized for leaving some citizens stranded abroad while allowing some high-profile celebrities and business magnates to enter the country and privately quarantine.

“Melbourne, which hosts season-opening Formula One Grand Prix races, the richest horse race in the southern hemisphere and the biggest football crowd in Australia, has either barred crowds or shifted sports events interstate during months of lockdown in recent months,” per AP News.

Ahead of the Australian Open, players were required to quarantine for two weeks and be regularly tested. They were permitted to practice unless they tested positive or were considered to have close contact with anyone who had COVID-19. 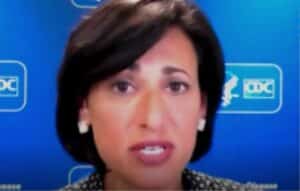