Novak Djokovic’s participation in the Australian Open is once again in question after his visa was canceled for a second time.

Australian Immigration Minister Alex Hawke used his authority to cancel the Serbian tennis player’s visa just days after it had been reinstated by a federal judge.

“Today I exercised my power… to cancel the visa held by Mr. Novak Djokovic on health and good order grounds, on the basis that it was in the public interest to do so,” Hawke said in his statement.

Djokovic will have to attend interviews with immigration officials in Melbourne at 8 A.M. on Jan. 15. The Australian Open is scheduled to begin on Jan. 17.

The Serbian player has won the competition for the last three consecutive years. With his visa status still in legal review, Djokovic was included in the tournament’s bracket. He is set to face fellow Serbian Miomir Kecmanovic in the first round.

The 34-year-old traveled to Australia after receiving a medical exemption to the nation’s COVID-19 vaccine requirement. The exemption was approved by Tennis Australia and the Victoria state government.

“For now, Djokovic can remain where he is staying, but he will be taken into detention after an interview with immigration officials at an undisclosed location on Saturday morning,” reports ABC News. “He will then be escorted by two Border Force officials to his lawyers’ office, then is due to go back into detention until Sunday’s hearing.”

Djokovic’s lawyer, Nick Wood, has called the immigration minister’s decision “patently irrational” and, with the tennis player’s team, plans to challenge the decision.

“The reasons of the minister stand in stark contrast to the reasons that the delegate at the airport was saying,” Wood said in a statement.

He also argued that his client posed no risk to Australia and “suggested the government’s move was to prevent enticing anti-vaccination protesters who had come out in force to support him,” per The New York Post.

The Serbian Embassy in Australia said on Jan. 14 that Djokovic has both a standard and diplomatic passport and therefore he should be treated “adequately” by border officials.

The player received the diplomatic passport after he helped Serbia win the 2011 Davis Cup championship and for raising the “popularity of Serbia in the world” the government said per The Daily Mail.

According to the Australian Department of Foreign Affairs and Trade’s website, diplomatic passport holders are not granted special rights or privileges.

If he is deported, Djokovic could be banned from Australia for three years. 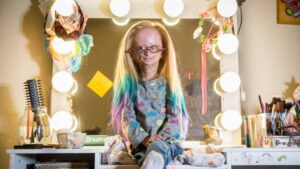