Novak Djokovic is unlikely to participate in the French Open after the government announced he would not receive an exemption from its vaccine mandate.

The Serbian tennis star was deported from Australia on Jan. 16 after federal courts upheld the cancellation of his visa due to his vaccination status.

Djokovic, who is not vaccinated, had been granted a medical exemption to the vaccine requirement to compete at the Australian Open. When he arrived in Australia, his visa was denied — sparking a contentious legal dispute. He was detained, kept at a quarantine hotel, had his visa reinstated, and then had it revoked again.

The athlete has won the Australian Open nine times. He had previously said he would be willing to skip the event and wait for the French Open instead. Should he win either tournament, he would set a record with his 21st Grand Slam win.

The French Sports Ministry announced on Jan. 17 that the country’s vaccination law will apply to everyone.

The law requires individuals to show proof that they are fully vaccinated before entering public places, including sports venues, restaurants, cafes, cinemas, or public transit.

“The rule is simple. The vaccine pass will be imposed, as soon as the law is promulgated, in establishments that were already subject to the health pass,” the agency’s statement said. “This will apply to everyone who is a spectator or a professional sportsperson. And this until further notice.”

The agency added that if the “situation” — referring to the prevalence of COVID-19 — changes before the Open, the law could be revised.

“So we’ll see, but clearly there’s no exemption,” said the Sports Ministry.

The announcement conflicts with a statement the nation’s Sports Minister, Roxana Mărăcineanu, made earlier this month.

While appearing on FranceInfo radio, Mărăcineanu said that the International Tennis Federation protocols would allow for an unvaccinated player to compete at the French Open, which will take place at the Stade Roland-Garros in May.

“He would not follow the same organizational arrangements as those who are vaccinated,” said Mărăcineanu. “But he will nonetheless be able to compete [at Roland Garros] because the protocols, the health bubble, allows it.”

Djokovic was greeted by a patriotic display when he landed in Serbia on Jan. 17. His sponsor Lacoste announced it would “review the events that have accompanied his presence in Australia” signaling a possible end to their partnership.

“We wish everyone an excellent tournament and thank the organizers for all their efforts to ensure that the tournament is held in good conditions for players, staff and spectators,” the brand said in a statement.

The No. 1-ranked player is also a Wimbleton Champion. It is not clear at this time if he will be permitted to compete at the event, which takes palace in England in June. 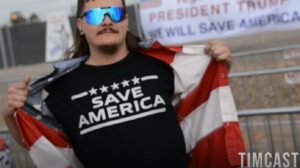