Newsom To Seek 2024 Democratic Presidential Nomination If Biden Does Not

Democratic California Governor Gavin Newsom is preparing to seek a nomination for President in 2024 if President Biden decides against reelection, the New York Post reported on Tuesday.

Newsom is reportedly “undeniably, unequivocally” seeking the nomination and will also take on current Vice President Kamala Harris as his running mate should the President choose not to run again, according to the report. “No ifs, ands or buts. He will run if Biden does not,” one leading California fundraiser told the Post.

President Biden clarified his stance on reelection during Sunday’s episode of 60 Minutes stating it was too early to decide.

“Look, my intention, as I said to begin with, is that I would run again,” said the President. “But it’s just an intention. But is it a firm decision that I run again? That remains to be seen.”

The California Governor has previously said he has no current Presidential aspirations though his recent actions appear to contradict his statements. “I’ve tried to say, ​no, ​no way, in every way I possibly can!” Newsom reportedly said in a July interview. “I may need advice ​and counsel of what’s the language to express ‘absolutely no!’”

“Hey @GovRonDeSantis, clearly you’re struggling, distracted, and busy playing politics with people’s lives. Since you have only one overriding need — attention –let’s take this up & debate. I’ll bring my hair gel. You bring your hairspray. Name the time before Election Day. @CNN”

A debate between the two coastal Governors was originally proposed by veteran news anchor Dan Rather, who suggested the spectacle would be big and garner great ratings in a Twitter post. Recently Newsom has publicly criticized the Florida Governor, who likewise is a prospective 2024 Republican nominee for President along with former President Trump.

On Thursday, Newsom sent a letter to Attorney General Merrick Garland suggesting the Florida governor may have participated in kidnapping the migrants, according to a tweet from the Office of the Governor’s official Twitter account.

“Several of the individuals who were transported to Martha’s Vineyard have alleged that a recruiter induced them to accept the offer of travel based on false representations that they would be transported to Boston and would receive expedited access to work authorization,” said Newsom in his letter to Garland. “I urge US DOJ to investigate whether the alleged fraudulent inducement would support charges of kidnapping under relevant state laws.”

Earlier in the week Newsom also announced a billboard campaign along with the launch of California’s abortion resource website designed to help women in and outside the state find abortion providers. The billboards launched in Texas, Indiana, Mississippi, Ohio, South Carolina, South Dakota and Oklahoma reportedly read the respective state “doesn’t own [a woman’s] body” while encouraging women to seek an abortion in California, according to a tweet thread shared by the Governor. 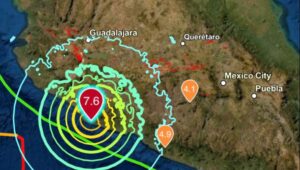