On the anniversary of two catastrophic earthquakes that struck Mexico on the same day in 1985 and 2017, a 7.6 magnitude quake was registered by the U.S. Geological Survey just hours after Mexican residents practiced their national earthquake drills.

The epicenter fell some 23 miles from the small town of Aquila in the Mexican state of Michoacán. While residents of Mexico City indicated that they felt the effects of the quake, the city, which is over 290 miles from the epicenter, did not record any structural damage

At this time, there are only limited reports on damages or casualties, but according to the Michigan Technological University, an earthquake of the scale seen today is substantially powerful to collapse buildings. At this time, there have only been two deaths attributed to the quake. According to the Independent, “one of the victims died after being crushed by the facade of a department store in the Pacific port of Manzanillo, while another was found dead at a mall.”

A significant aftershock registering 5.8 on the Richter Scale was felt today in the same region and while the initial quake prompted government officials to issue a tsunami warning, that alert was quickly revised with sea levels only showing a marginal rise of just under one foot.

Michoacán Governor Alfredo Ramírez Bedolla promptly visited the region impacted by the temblor and issued the following statement on Twitter:

In Maruata, we evaluated the material effects and damage left by the earthquake. We are with [the victims] in these difficult times and we will continue to give them all our support. We flew over the Maruata coast and took a walking tour to help people affected by the earthquake and verified the conditions in the area. We are with you, working in solidarity to address this situation.

Here's a map showing who felt the 7.5 #earthquake on the west coast of Mexico. As you see in the chart on the right, significant damage is possible. pic.twitter.com/lIe0TAupSA

However, according to the U.S. Geological Survey, which registered the temblor, casualties associated with this quake are expected to be low due to the epicenter falling in a sparsely populated area. Roughly 100 square kilometers are at risk for landslides, according to USGS, but “the number of people living near areas that could have produced landslides in this earthquake is limited.” 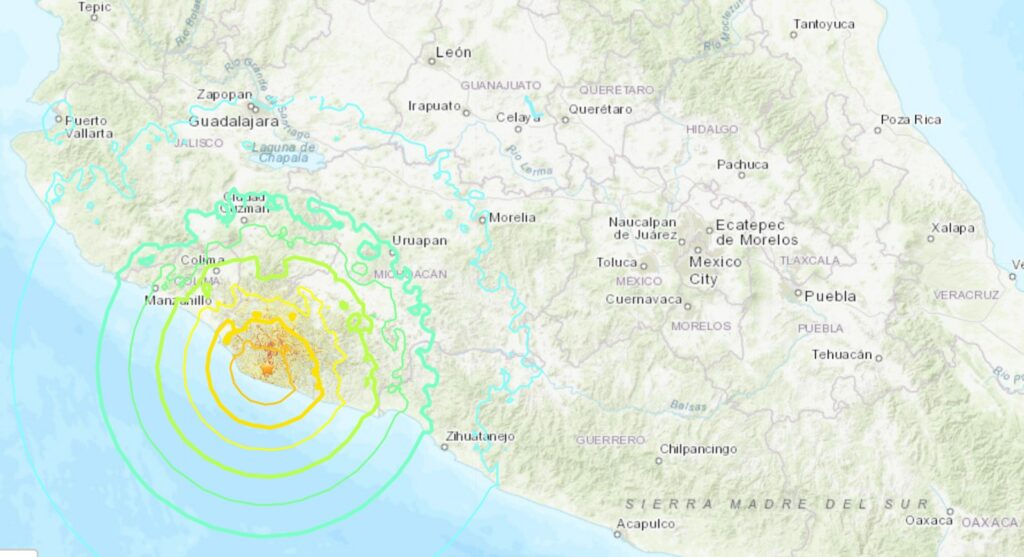 While official investigations into the damage caused by the quake are underway, a number of social media users shared footage taken during the natural disaster.

🇲🇽 : Footage of damage caused by the earthquake to the gym located in the Punto Bahia Mall in Manzanillo, Colima, #Mexico pic.twitter.com/K7byo9CLi9 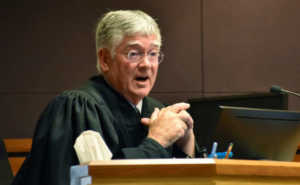