The announcement comes two days after Newsom’s Tuesday announcement about California’s brand new website, which directs women in the U.S. to their nearest abortion provider. The website also includes information regarding the legality of abortion-related information in each state. The billboards featured in the tweet declare the respective state “doesn’t own your body” and encourages women seeking abortion to seek them in California.

“NEW: Just launched billboards in 7 of the most restrictive anti-abortion states that explain how women can access care–no matter where they live. To any woman seeking an abortion in these anti-freedom states: CA will defend your right to make decisions about your own health,” Newsom said in a Thursday tweet.

@GregAbbott_TX this will be launching in your state today. pic.twitter.com/mpFdtlAO4o

Newsom further tagged several governors as he shared previews of his billboards according to each state in which he is running the campaign.

“@GregAbbott_TX this will be launching in your state today,” the first tweet read.

“@GovHolcomb the people of Indiana will be seeing these as they drive to work today.”

“@tatereeves the people of Mississippi deserve to know they have access to the care you are refusing to provide. This will be launching in your state today.”

@tatereeves the people of Mississippi deserve to know they have access to the care you are refusing to provide. This will be launching in your state today. pic.twitter.com/8qg7psYT2j

“@GovMikeDeWine Ohio will be seeing these billboards starting today.”

“@henrymcmaster the people of South Carolina will be seeing these today.”

@henrymcmaster the people of South Carolina will be seeing these today. pic.twitter.com/cYPe21RUvl

“@govkristinoem this will be launching in your state today.”

“@GovStitt this will be going up in your state.”

@GovStitt this will be going up in your state. pic.twitter.com/snPcTIZaPv

Each of the states targeted by Newsom have legislated some form of a ban on abortions, some including trigger laws that took effect after the overturning of Roe v. Wade in June.

Abortion is similarly banned in Texas, Mississippi, South Dakota, and Oklahoma though with some variations depending on the state with exceptions for abortion in the possibility of a life-threatening condition caused by the pregnancy to the mother, or where the pregnancy was caused by rape.

Indiana and Ohio have limited the time frame acceptable to perform an abortion, while South Carolina enacted a ban on abortions from the moment a heartbeat can be detected.

In response to the Supreme Court’s decision to overturn Roe v. Wade earlier this year, Californian legislators proposed AB 2223, which expands access to abortions in California by removing the requirement “that a coroner hold inquests for deaths related to or following known or suspected self-induced or criminal abortion, and would delete the requirement that an unattended fetal death be handled as a death without medical attendance.”

If passed, the bill would also “prohibit a person from being subject to civil or criminal liability, or otherwise deprived of their rights, based on their actions or omissions with respect to their pregnancy or actual, potential, or alleged pregnancy outcome or based solely on their actions to aid or assist a woman or pregnant person who is exercising their reproductive rights.” 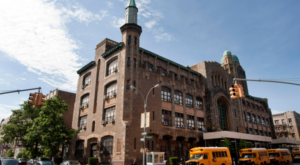