Yeshiva University is the largest Jewish undergraduate institution in America

An Orthodox Jewish university will have to recognize an LGBTQ student group after the United States Supreme Court declined to block a lower court’s ruling.

Yeshiva University was previously ordered by a New York court to grant recognition to an LGBTQ student organization the school believes is incongruous with its religious beliefs.

The school filed an emergency application looking for immediate relief from the order. The school argued that giving official relocation status to YU Pride Alliance, a campus organization, would violate the religious institution’s belief as established by Torah values.

In the filing, the school claimed the “Plaintiffs admit that they want to force the creation of a Yeshiva Pride Alliance precisely to alter Yeshiva’s religious environment—for example, by distributing school-sponsored ‘Pride Pesach’ packages for Passover—and to upend Yeshiva’s understanding of Torah, with which Plaintiffs disagree.”

Yeshiva noted that its “entire undergraduate experience is designed to form students in the Jewish faith” as “the laws of Shabbat and Kashrut are strictly observed on campus,” including “separate men’s and women’s campuses,” the expectation that students “dress and behave consistently with Torah values,” and the display of “religious imagery and symbolism” on campus.

The school believed that “the government-enforced establishment of a Yeshiva Pride Alliance club” would cause “irreparable harm” to its students and community.

New York state judge Lynn Kotler ultimately sided with the Pride organization on June 14, finding that the university’s decision was in violation of the New York City Human Rights Law. She noted that Yeshiva is “not a religious corporation according to its charter, a category exempt from the anti-discrimination state law, so must formally register the club,” per The New York Post.

The Court voted 5-4 on Sept. 14 that the university must comply

“The application is denied because it appears that applicants have at least two further avenues for expedited or interim state court relief,” wrote Sotomayor in the majority opinion.

“The First Amendment guarantees the right to the free exercise of religion, and if that provision means anything, it prohibits a State from enforcing its own preferred interpretation of Holy Scripture,” wrote Alito. “Yet that is exactly what New York has done in this case, and it is disappointing that a majority of this Court refuses to provide relief.”

“I doubt that Yeshiva’s return to state court will be fruitful, and I see no reason why we should not grant a stay at this time. It is our duty to stand up for the Constitution even when doing so is controversial,” he added.

The university can bring its case back to the Supreme Court if it cannot get relief at the state level. 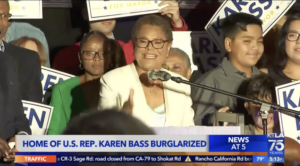