A Democratic governor from the midwest has joined a wave of Republican leaders who have banned TikTok on state-owned or issued devices.

Kansas Governor Laura Kelly is the first Democrat to announce a prohibition on the app, which is owned by the Chinese company ByteDance. Like many of her Republican counterparts in the last five weeks, Kelly cited concerns about the platform’s data harvesting practices and possible interference from the Chinese government.

“To protect Kansans’ privacy and security, I just issued an Executive Order to ban TikTok on state devices under my jurisdiction,” Kelly tweeted on Dec. 28. “TikTok mines users’ data and potentially gives it to the Chinese Communist Party — a threat recognized by a growing group of bipartisan leaders.”

Governors from at least 17 states have taken steps — primarily by issuing executive orders — to ban using, downloading, or accessing the video platform on state-issued devices or networks because of concerns about potential security threats. While the state has a Democratic governor, Kansas is led by a Republican legislature which may have influenced Kelly’s decision to implement a ban.

States with leaderships of mixed-political affiliation have taken divided stances on a potential ban, drawing attention to ideological differences between elected officials.

The Republican secretary of state of Louisana, Kyle Ardoin, announced on Dec. 19 that he was banning TikTok on any devices issued by the Department of State. He requested that the state’s governor, Democrat John Bel Edwards, formally ban the social media app on any government-owned or issued device.

“As Secretary of State, I have the serious responsibility of protecting voters’ personally identifiable information, which is why I have taken the step of banning the use of TikTok on all devices owned or leased by my agency,” Ardoin said in a letter the governor, per AP News. “I wholeheartedly believe that doing so on a statewide level would protect our data and reaffirm our commitment to privacy protections for our constituents.”

Edwards, who joined TikTok during the pandemic to encourage residents to get a COVID-19 vaccine, has a verified account on the platform.

“TikTok has become the world’s second most-popular domain and is consumed by two-thirds of American teenagers, some of whom use it to fill gaps in their school lessons,” reports KCTV5.

The United States Congress passed a $1.7 trillion omnibus spending bill which included a provision prohibiting TikTok on almost all government-issued devices on Dec. 23. The Senate had already unanimously passed a TikTok ban on Dec. 15.

“TikTok is a Trojan Horse for the Chinese Communist Party. It’s a major security risk to the United States, and until it is forced to sever ties with China completely, it has no place on government devices,” said Missouri Senator Josh Hawley, who led the effort to implement the ban. “States across the U.S. are banning TikTok on government devices. It’s time for Joe Biden and the Democrats to help do the same.”

Jamal Brown, a TikTok spokesperson, said on Dec. 28 that the states’ bans are “based on unfounded falsehoods” and “will do nothing to advance cybersecurity.” He suggested governors who restrict the use of TikTok on government devices are “jumping on the political bandwagon.”

“We are continuing to work with the federal government to finalize a solution that will meaningfully address any security concerns that have been raised at the federal and state level,” Brown said to Fox Business. “These plans have been developed under the oversight of our country’s top national security agencies—plans that we are well underway in implementing—to further secure our platform in the United States, and we will continue to brief lawmakers on them.” 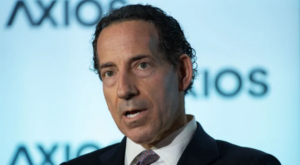