Raskin is the ranking Democrat on the House Oversight and Reform Committee and part of the Jan. 6 Committee

Maryland Congressman Jamie Raskin has been diagnosed with lymphoma and is beginning treatment.

Raskin, a Democrat, called his diffuse large B-cell lymphoma a “serious but curable form of cancer.”

“I am about to embark on a course of chemo-immunotherapy on an outpatient basis at Med Star Georgetown University Hospital and Lombardi Comprehensive Cancer Center. Prognosis for most people in my situation is excellent after four months of treatment,” he said in a Dec. 28 statement.

The congressman said he expects to continue working while undergoing treatment but that he has been warned to “reduce unnecessary exposure to avoid COVID-19, the flu and other viruses” as “chemotherapy impairs natural antibodies and undermines the body’s immune system.”

“I am advised that it also causes hair loss and weight gain (although I am still holding out hope for the kind that causes hair gain and weight loss),” he quipped. “My love and solidarity go out to other families managing cancer or any other health condition in this holiday season — and all the doctors, nurses and medical personnel who provide us comfort and hope.”

“I plan to get through this and, in the meantime, to keep making progress every day in Congress for American democracy,” he concluded.

When congress convenes in January, Raskin will be the ranking Democratic member of the House Oversight and Reform Committee. He has also served on the House Committee on Rules, the House Judiciary Committee and the select committee investigating the events of Jan. 6, 2021.

Raskin, his daughter and his son-in-law were present at the Capitol during the riot. The congressman later wrote a book titled Unthinkable about his son’s death, the chaos of Jan. 6, and the emotional turmoil he experienced in the weeks following both events. The book was published in early 2022.

Raskin, who has been a member of the House since 2017, was previously diagnosed with stage 3 colorectal cancer in 2010.

“Everything was going great for me, and then suddenly I was off to … the land of the sick,” Raskin said of the diagnosis in a March 2021 video for National Colorectal Cancer Awareness Month. “I’m just glad that it was caught when it was … and I’ve been a survivor now for almost 10 years.”

Diffuse large B-cell lymphoma is the most common type of fast-growing non-Hodgkin lymphoma, according to the Lymphoma Research Foundation. Approximately 18,000 people in the US are diagnosed with DLBCL annually. The majority of patients are over the age of 60. 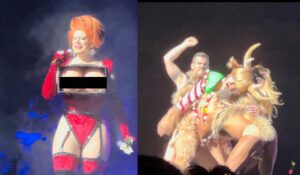