Three more governors have banned the social media app TikTok from any device or network owned by their states.

Wyoming Governor Mark Gordon told state employees in a memo that the app will be removed permanently from any such devices and access to the platform will be blocked.

“Maintaining robust cybersecurity is a shared responsibility, and Wyoming is committed to identifying threats that could impact public safety,” Gordon said in a statement. “The potential for foreign governments to access information collected by TikTok is extremely troubling.”

“I am aware of the growing discussion nationwide surrounding TikTok’s ownership and the potential influence of foreign governments,” the governor added in his memo. “The risk is that TikTok may be compelled to share information with those who are adverse to Wyoming’s interests. Law enforcement warns that TikTok may not control its algorithm, allowing users’ devices to be compromised.”

Gordon notes that exceptions will be granted to law enforcement investigations.

Virginia Governor Glenn Youngkin issued an executive order on Dec. 16 banning TikTok and other apps owned by companies with ties to the Chinese government from state-owned devices and networks. The order prohibits any applications created by ByteDance and Tencent, including WeChat, from being used by any offices, branch agencies or businesses that use the state’s IT infrastructure.

“TikTok and WeChat data are a channel to the Chinese Communist Party, and their continued presence represents a threat to national security, the intelligence community, and the personal privacy of every single American,” said Youngkin in his announcement. “We are taking this step today to secure state government devices and wireless networks from the threat of infiltration and ensure that we safeguard the data and cybersecurity of state government.”

“Safeguarding data and ensuring cybersecurity are increasingly important aspects of state government, as evidenced by the sensitive information held on state government servers, such as health records or tax information,” the governor noted in his order.

Montana Governor Greg Gianforte said the “use of TikTok poses a significant risk to the security of our state and Montanans’ sensitive data.”

“Effective immediately, I have prohibited the use of TikTok on state devices, while connected to the state network, and to conduct state business,” he tweeted on Dec. 16.

Montana’s ban also prohibits “any third-party firms conducting business for or on behalf of the State of Montana from using TikTok,” per KBZK.

With the announcements from Wyoming, Virginia and Montana, at least 17 states have prohibited TikTok on state-owned devices due to intensifying concerns about the app’s parent company, ByteDance, and its ties to the Chinese Communist Party.

Bans on the app are in effect in Nebraska, South Dakota, South Carolina, Maryland, Texas, Utah, Alabama, Iowa, North Dakota, Tennessee, Oklahoma, Idaho, Georgia and New Hampshire. Each of the states is led by a Republican.

Additionally, a Republican lawmaker in Arkansas has proposed banning TikTok on state-owned devices.

“I think before the end of ’23, you’re gonna see most of the states in the United States ban this app from government phones,” Stubblefield said to THV11. “The more data they collect, the more money they make… It’s very important that we do not allow them to have access to this data.”

The United States Senate unanimously voted in favor of prohibiting access to TikTok on any federally-owned or issued device.

More than 100 million people in America use TikTok. 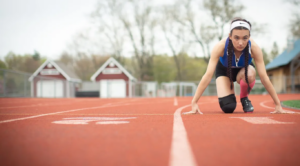