A new judicial ruling permits the Connecticut Interscholastic Athletic Conference to maintain a policy establishing gender identity and not gender at birth as the determination of an athlete’s designated team.

A panel of three judges for the 2nd U.S. Circuit Court of Appeals found that Title IX grants athletes in Connecticut who identify as transgender to compete on sports teams that match the gender with which they identify.

Title IX of the Education Amendments Act of 1972 prohibits sex-based discrimination at any educational institution that received federal funding.

“We are unpersuaded, with respect to the claim for an injunction to alter the records, that Plaintiffs have established the injury in fact and redressability requirements for standing; both fail for reasons of speculation,” the panel stated in its ruling. “And because we conclude that the CIAC and its member schools did not have adequate notice that the Policy violates Title IX — indeed, they had notice to the contrary — Plaintiffs’ claims for damages must be dismissed.”

The Dec. 16 ruling was celebrated by the American Civil Liberties Union which defended the policy on behalf of Andraya Yearwood and Terry Miller, two student-athletes who identify as transgender women.

“Today’s ruling is a critical victory for fairness, equality, and inclusion,” Joshua Block, senior staff attorney for the ACLU’s LGBTQ & HIV Project, said in a statement. “The court rejected the baseless zero-sum arguments presented by the opposition to this policy and ultimately found transgender girls have as much a right to play as cisgender girls under Title IX.”

The Alliance Defending Freedom challenged the CIAC’s policy on behalf of four biologically female athletes: Selina Soule, Chelsea Mitchell, Alanna Smith and Ashley Nicoletti. The female athletes argued that the CIAC had “consistently deprived” them of “honors and opportunities to compete at elite levels” by permitting biological males to compete in their division.

“Girls deserve to compete on a level playing field. Forcing them to compete against boys isn’t fair, shatters their dreams, and destroys their athletic opportunities,” said ADF Legal Counsel Christiana Holcomb. “Having separate boys’ and girls’ sports has always been based on biological differences, not what people believe about their gender, because those differences matter for fair competition.”

According to the lawsuit, “In track-and-field events that do not use equipment, the physiological differences between males and females after puberty are stark in the record books. No one doubts that top male and female high school athletes are equally committed to excelling in their sport, and train equally hard. Yet boys and men consistently run faster and jump higher and farther than girls and women.”

In addition to asking that the CIAC’s policy be blocked, the plaintiffs asked that the two trans-identifying athletes’ state track records be voided and the five school districts that enforced the policy be compelled to admit they violate Title IX.

The lawsuit was dismissed by U.S. District Court Judge Robert Chatigny on April 25, 2021. Chatingny wrote in his decision that “the CIAC policy is not justiciable at this time” and dismissed “the action on this basis without addressing the other grounds raised in the joint motion.”

“I conclude that the request to enjoin enforcement of the CIAC policy has become moot due to the graduation of Yearwood and Miller, whose participation in girls’ track provided the impetus for this action,” Chatigny wrote. “There is no indication that [Alanna] Smith and [Ashley] Nicoletti will encounter competition by a transgender student in a CIAC-sponsored event next season.”

The ADF then appealed on the plaintiffs’ behalf to the Second Circuit.

The CIAC has argued its policy was in alignment with federal guidance at the time of its implementation in 2013.

Both Miller and Yearwood have graduated from high school and do not compete at a collegiate level. Currently, three of the biologically female plaintiffs are part of NCAA Division I track and field programs. 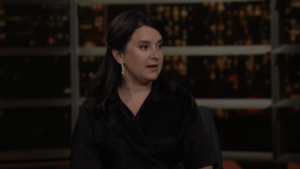