TikTok is now banned on Government Devices in Idaho, Georgia, and New Hampshire

Three more states have joined the movement to ban TikTok on government-owned devices in order to better protect citizens from cybersecurity threats and data collection efforts posed on behalf of the Chinese government.

Idaho, Georgia and New Hampshire join at least eleven other states that have issued official bans on the social media app which has over 85 million daily users in America. Although the company has denied sharing user data with the Chinese Communist Party, TikTok’s Bejing-based parent company ByteDance has ties to the Chinese government.

Governor Brad Little of Idaho issued an executive order prohibiting the use of TikTok while connected to the state’s network or on any state-owned devices.

“The communist Chinese government can use TikTok to collect critical information from our state and federal government, and we are taking this step to protect Idahoans and Americans from the sinister motives of a foreign government that does not share our values and seeks to weaken and manipulate our country,” Little said on Dec. 14. “This new ban to eliminate TikTok from state-issued devices and networks will help protect national security and Idahoans’ data.”

In his order, Little noted downloading or using the app is already prohibited by multiple federal agencies, including the Department of State, the Department of Defense, and the Department of Homeland Security. Little’s order does grant exceptions for any “bona fide investigatory or law enforcement purpose.”

“I also urge Congress to take action to protect Americans. Chuck Schumer and Nancy Pelosi have had complete control of Congress for two years and haven’t passed anything to address this national security threat,” Little added.

Georgia Governor Brian Kemp notified the heads of state agencies in a memo that the use of TikTok was now prohibited on any state-owned device because of growing concerns about threats to national security.

“The state of Georgia has a responsibility to prevent any attempts to access its secure data and sensitive information by foreign agencies such as the CCP,” Kemp wrote, per Fox 5 Atlanta. “The CCP poses an ever-present national security threat to the United States and Georgia. As such, it is our duty to take action to preserve the safety and security of our state.”

All systems and devices owned by any agency, department, or division of the state’s government or any device used for state business may not be used to access TikTok as well as WeChat or Telegram.

Governor Chris Sununu of New Hampshire also issued an executive order blocking the video-sharing app on state-owned devices, including phones, computers, and tablets. His order also prohibits the use of products from Huawei, Tencent Holdings and Alibaba, which are all believed to have ties to the Chinese Communist Party.

“New Hampshire is joining the growing list of states that have banned TikTok and other Chinese companies from state government devices and networks,” Sununu said in Dec. 15 statement, per WMUR. “This move will help preserve the safety, security, and privacy of the citizens of New Hampshire.”

The same concerns were expressed by Oklahoma Governor Kevin Stitt when he issued a ban on TikTok last week.

“Maintaining the cybersecurity of state government is necessary to continue to serve and protect Oklahoma citizens and we will not participate in helping the Chinese Communist Party gain access to government information,” said Stitt during his Dec. 8 announcement.

Tennessee Governor Bill Lee released limited information about his state’s TikTok ban. In a statement, his office told News 2 that “the state has also taken additional steps to block the access of TikTok on any personal or state-owned device that connects to the state network.”

The director of the Federal Bureau of Investigation, Christopher Wray, testified before the House Homeland Security Committee in November about the potential dangers of data collection conducted by the Chinese government through social media apps downloaded on Americans’ smartphones or computers.

Wray said his concerns “include the possibility that the Chinese government could use it to control data collection on millions of users or control the recommendation algorithm, which could be used for influence operations if they so chose, or to control software on millions of devices, which gives it an opportunity to potentially technically compromise personal devices.”

Under its national security laws, the Chinese government can order domestic and foreign companies operating in China to turn over any collected data from any users or customers. 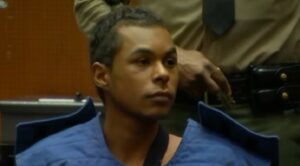