Thune is currently the second highest-ranking Republican in the Senate

Governor Kristi Noem will seek a second term in office after defeating just one Republican challenger. Her victory over State Representative Steven Haugaard of Sioux Falls was called about 20 minutes after polls closed on June 7. Noem secured 76.4% of the vote with 99% of votes counted, per NPR.

The 50-year-old became the first female governor of her native state when she ran in 2018. Endorsed by President Donald Trump, Noem has frequently opposed the Biden administration.

“Since being elected Governor, I have worked to bring President Trump’s America First agenda to the state level in South Dakota by cutting burdensome regulations, keeping government out of the way of South Dakota small business owners and job creators, and supporting South Dakota law enforcement,” Noem told the Argus Leader in February.

In the summer of 2021, she was one of six governors to send National Guardsmen or law enforcement officers to the Southern Border at the request of Texas Governor Greg Abbott. Noem told the press that the 50 members of the National Guard who went to Texas for the 30-day deployment were funded by a private donor.

Noem described the border as “porous’ during a visit in late July.

“This is a national security threat behind us,” she said during an event near a border wall. “What we see happening behind us is an open border. The drugs that come into South Dakota come over this border.”

Noem signed an executive order restricting the distribution of abortion-inducing medication in South Dakota in September. At the time, the FDA was expected to permit doctors to prescribe and send the medication through the mail.

In February, the governor signed a bill that requires athletes to compete on teams that match their gender at birth. Noem said at the signing that the bill ensures that “girls will always have the opportunity to play in girls sports in South Dakota and have an opportunity for a level playing field, for fairness, that gives them the chance to experience success.”

“We have incredible challenges in front of us and this November South Dakotans will decide if they want Joe Biden’s America to come to South Dakota,” Noem said during her victory speech in Sioux Falls.

State Representative Jamie Smith was the unopposed Democratic candidate in the gubernatorial race.

U.S. Senator John Thune was nominated for a fourth term in federal office. Thune secured 85,595 votes – 72% – placing him significantly ahead of his Republican challengers Bruce Whalen and Mark Mowry.

Thune is the Senate minority whip after being unanimously reelected by his senate colleagues in November of 2020. He currently serves on the Senate’s Agriculture, Nutrition, and Forestry Committee, the Commerce, Science, and Transportation Committee, and the Finance Committee.

Unlike Noem, the senator has clashed with Trump, who has called Thune a “RINO” and said he expected him to be “primaried in 2022,” per The Hill.

Next, Thune will face the Democratic party nominee, Brian Bengs, who ran unopposed.

Congressman Dusty Johnson will also return to the ticket in November. In the most narrow race of the day, he secured 59.3% of the votes to his challenger Taffy Howard’s 40.8%. There is no Democratic challenger in the race. 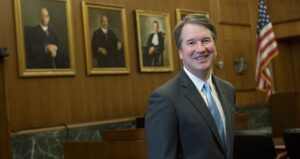