Governor Noem says her bill gives girls an 'opportunity for a level playing field, for fairness' in athletics

Under the new legislation, those competing on a female sports team must have the gender female “listed on the athlete’s official birth certificate issued at or near the time of the athlete’s birth.”

The law excludes transgender girls and women from competing on female-only sports teams.

At Thursday’s bill signing, Noem said the move was opening opportunities for some girls.

“This bill has been an important priority for a lot of the people behind me,” said Noem.“And I appreciate all of their hard work in making sure that girls will always have the opportunity to play in girls sports in South Dakota and have an opportunity for a level playing field, for fairness, that gives them the chance to experience success.”

Supporters of transgender athlete bans contend that transgender girls have an unfair advantage in sports due to their natural testosterone levels.

The International Olympic Committee just revised its guidelines to state that athletes should generally play on teams matching their gender identity. The NCAA recently called for determining eligibility in each individual sport.

“Transgender children are children. They deserve the ability to play with their friends. This legislation isn’t solving an actual problem that South Dakota was facing: it is discrimination, plain and simple. Shame on Governor Noem,” Oakley concluded.

The new law makes South Dakota the tenth state to enact such legislation. Other states include Texas, Tennessee, West Virginia, Idaho, and Montana. 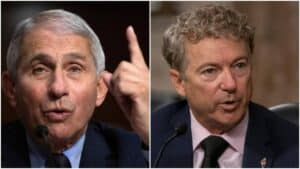