Abortion-inducing drugs can only be prescribed or dispensed by a state-licensed physician after an in-person examination, according to South Dakota Governor Kristi Noem’s new executive order.

The order states that medically-induced abortions must meet state law requirements for an in-person consultation with a doctor and medical providers are required to report any health complications that arise from the medication.

The order also bans such medications from being delivered on state or school grounds.

“The order would put [Department of Health] rules in line with an already-passed state law requiring abortion-seekers to meet in person with a state-licensed physician in order to receive abortion-inducing medications,” reports Newsweek.

According to ABC News, “about 39 percent of abortions in South Dakota last year were done through medication.”

Texas, which barred abortion after six weeks or when a fetal heartbeat is detected last week, is considering a similar bill.

The FDA says termination of pregnancy by using an abortion pill is safe for the first 70 days, or 10 weeks, of pregnancy. It has become the more common choice for women who are aware of their pregnancy early enough.

According to Guttmacher Institute, a reproductive health research organization, 60% of women elect to take a pill over having surgery.

The institute also notes that “19 states require the clinician providing a medication abortion to be physically present when the medication is administered, thereby prohibiting the use of telemedicine to prescribe medication for abortion.”

Janna Farley, the communications director of the American Civil Liberties Union of South Dakota, told The Seattle Times: “It’s disappointing that Gov. Noem continues to insert herself into the patient-doctor relationship … Having an abortion is a private medical decision, one that is protected under the U.S. Constitution.”

South Dakota has passed five different measures limiting the conditions for abortions during the 2021 legislative session. This includes prohibiting a Down’s Syndrome diagnosis as a justification for terminating a pregnancy.

Editor’s Note: A previous version of this article used the imprecise phrase “medically induced abortions” and has been revised accordingly. 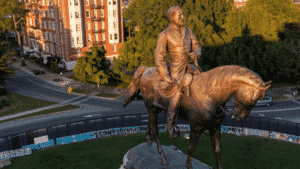