After the state's supreme court ruling last week, the Confederate statue was removed from the city's Monument Avenue

The statue of a Confederate General Robert E. Lee in Richmond, Virginia was taken down on Wednesday at approximately 9 A.M.

The statue is one of America’s largest Confederate monuments. NPR reports that the 12-ton statue was taken down “more than 130 years after it was installed amid efforts to change the collective memory of the Civil War.”

When the statue reached the ground, Governor Ralph Northam told the crowd, “This was a long time coming [and] part of the healing process so Virginia can move forward and be a welcoming state with inclusiveness and diversity,”

Northam said the statue represented “more than 400 years of history that we should not be proud of.”

He called for the statue’s removal last summer following nationwide protests over George Floyd’s death. However, his effort was thwarted by several lawsuits, including one from local residents that wanted to keep the monument in place. The Virginia Supreme Court ruled last week that Northam could proceed with the removal.

Statue removals were also held up in Virginia by “a state law that protected memorials to war veterans. That law was amended in 2020 by the new Democratic majority at the statehouse and signed by Northam. With the changes that took effect on July 1, 2020, localities could decide the monuments’ fate,” per AP News.

Northam got permission from the Federal Aviation Administration to fly a drone overhead during the removal process, which he live-streamed on his Twitter and Facebook pages.

In February of 2019, Northam found himself in the center of scandal after his medical school yearbook page, featuring a man in blackface next to a man dressed in Ku Klux Klan robes, went viral.

“I am deeply sorry for the decision I made to appear as I did in this photo and for the hurt that decision caused then and now,” Northam said in a statement. “I recognize that it will take time and serious effort to heal the damage this conduct has caused. I am ready to do that important work. The first step is to offer my sincerest apology and to state my absolute commitment to living up to the expectations Virginians set for me when they elected me to be their Governor.”

While Republicans and Democrats — including then-Senator Kamala Harris, Senator Cory Booker, Senator Elizabeth Warren, and Senator Kirsten Gillibrand, in addition to the NAACP — called on him to resign, Northam did not.

Leaders are called to a higher standard, and the stain of racism should have no place in the halls of government. The Governor of Virginia should step aside so the public can heal and move forward together.

Other confederate statues on Monument Avenue were taken down during the summer of 2020.

The bronze statue is over 21 feet tall and features General Lee on a horse on top of a pedestal. It has been on Monument Boulevard since the 1890s in the former capital of the Confederate State of America. Final plans for the statue have not been set. It could possibly be cut in two before being hauled to an undisclosed storage location. The granite pedestal will remain in place.

“The Lee statue was created by the internationally renowned French sculptor Marius-Jean-Antonin Mercie and is considered a ‘masterpiece,’ according to its nomination to the National Register of Historic Places, where it has been listed since 2007,” per Politico.

The city says that a crew will remove the plaques on Thursday in addition to replacing a time capsule that is believed to be there. 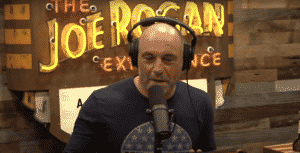