A controversial abortion bill went into effect at midnight in Texas after the U.S. Supreme Court declined to intervene.

Under the new law, abortions are prohibited after six weeks of pregnancy, or when a fetal heartbeat is detected. With the exception of medical emergencies, doctors are barred from performing or inducing abortions under these conditions. The law does not allow exceptions for pregnancies that result from rape or incest.

Private citizens are allowed to sue anyone who helps a woman obtain abortion services and receive $10,000 in damages per instance. Unlike other bills, the new law does not set up criminal penalties.

“The enforcement scheme makes it difficult to challenge in court because it is harder to know whom to sue. In other states, six-week abortion bans would be enforced by government officials, allowing plaintiffs to sue state officials responsible for enforcing the law,” says AP News. “At least 12 other states have enacted bans on abortion early in pregnancy, but all have been blocked from going into effect.”

State Senator Bryan Hughes sponsored the legislation and believes the enforcement mechanism makes Texas’ bill different from those in other states.

He told CNN, “Based on what we read in court opinions from other abortion cases, and other federal cases, we believe this bill — because of the private civil enforcement, primarily, and a few other things — is drafted differently than those other heartbeat bills that are pending, that are awaiting court ruling today,

Governor Greg Abbott signed Senate Bill 8 on May 19 and referenced his Christian faith in his statement.

“Our creator endowed us with the right to life and yet millions of children lose their right to life every year because of abortion,” he said.

Planned Parenthood and other abortion providers filed an emergency request with the Supreme Court on Monday to stop the law from being implemented.

Justice Samuel Alito oversees matters coming out of federal courts for the 5th Circuit. Texas had until 5 p.m. on Tuesday to present Alito with their argument on why he should reject the request, per ABC News.

The abortion providers said Senate Bill 8 “would essentially overturn the precedent set by Roe v. Wade, the landmark 1973 case that enshrined the right for women to choose to have an abortion,” reports CNBC. In their filing, the group said that the law will limit abortion access for 85% of patients and, in turn, force many clinics across the state to close.

Others, including the ACLU, believe that the conditions of the law means women will become ineligible for abortions even before they know they are pregnant.

“The law bans abortion as early as six weeks into pregnancy — before many people even know they’re pregnant. The result is that many Texans will be forced to carry pregnancies against their will,” the ACLU tweeted.

Texas officials, including Attorney General Ken Paxton, authored a 95-page response to the emergency injunction request. They argue that the abortion providers were aware of “jurisdictional defects” that prohibited them from being granted an injunction.

“Their audacious requests to this Court, given the numerous precedents standing in the way, should be denied,” the officials wrote.

Kimberlyn Schwartz, a spokeswoman for Texas Right to Life, told AP News, “It is not surprising that the abortion industry is using their last, desperate option to try to block the Texas Heartbeat Act from taking effect on Wednesday.” 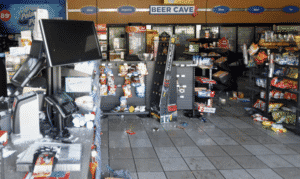 2 responses to “Texas’ ‘Heartbeat’ Abortion Law is Now in Effect”