The city is still recovering from Hurricane Ida, the Category 4 storm that reached the U.S. on Sunday

A city-wide curfew will go into effect in New Orleans to prevent crime following Hurricane Ida.

All residents must be at their homes from 8 p.m. to 6 a.m., effective immediately.

Mayor LaToya Cantrell signed the executive order mandating a curfew, which allows for an exemption for emergency and relief workers in New Orleans and the Parish of Orleans.

I have signed an Executive Order mandating a city wide curfew, effective immediately for all residents from 8pm -6am. pic.twitter.com/IywxeUtrXN

During a press conference, Cantrell said the curfew will be enforced by the city’s police as well as personnel from the Louisiana National Guard.

Police Chief Shaun Ferguson said at the briefing, “There’s absolutely no reason for anyone to be on the streets of the city of New Orleans.”

The city lost power when Category 4 Hurricane Ida made landfall on Sunday, the 16th anniversary of Hurricane Katrina.

“Ida appears to be less lethal than Katrina, which hit as a Category 3, claimed more than 1,800 lives and caused more than $100 billion in damage,” notes ABC News.

Over 1 million people in Louisiana are without power.

Cantrell said “executives from utility Energy Copt. told her that some transmission to New Orleans would be back by late Wednesday afternoon or morning, but that does not mean that the entire city would have power again,” reports The Hill.

In addition to electrical outages, at least 18 water systems have been damaged by the storm and a heat advisory is in place in southern Louisiana and Mississippi.

ABC News also reported that the Louisiana Department of Health announced that at least 11 hospitals had evacuations on some level and 39 medical facilities were operating on generator power.

The curfew comes after a wave of arrests for looting.

In a tweet, the New Orleans Police Department said it had “deployed anti-looting teams across the city in order to protect [its] citizens’ property” as the recovery process continues.

“Looting will NOT be tolerated and [we] encourage everyone to be good neighbors and say something when you see something,” NOPD said.

The moment looters realize a drone is watching them try to break into an ATM maching in burned down St. Claude market in the lower 9th ward. #hurricaneIda #looting pic.twitter.com/PtPGO7ZPGE

“My directive has been very clear: Lock ’em up,” Cantrell said at a press conference on Monday. “We will not tolerate it and we have not tolerated it. So we have apprehended those individuals associated with the looting that we have been able to identify, but there is no widespread looting going on in the city of New Orleans.”

Police Chief Ferguson would not give more details about the arrest out of concern the information could create “a false narrative about this city.” 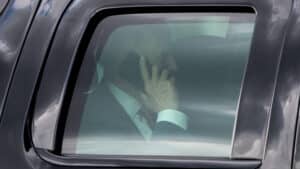