“The Rubin Report” will stream Monday to Friday at 11:00 a.m. Eastern Time on Rumble, according to Rumble’s announcement.

The podcaster will host an exclusive after show for Locals subscribers following each livestream.

“I’m beyond thrilled to be furthering my partnership with both Rumble and Locals,” said Rubin. “We are truly building the infrastructure for a free and open internet, which is something that all of us, regardless of political ideology should want.”

“Your ability to think and say what you want is the most fundamental human concept, and the days of big tech silencing us for doing just that are coming to an end.”

“Dave is one of the true pioneers, when it comes to the concept of creative independence with his co-founding of Locals.com,” said Rumble Chairman, founder, and CEO Chris Pavlovski. “So it is beyond fitting that ‘The Rubin Report’ joins our Rumble Exclusive lineup, where we challenge corporate media by empowering our hosts to share real, authentic, and most importantly, independent perspectives on daily events.”

The Rubin Report premiered in 2013 as a syndicated segment through Cenk Uygur’s The Young Turks. Rubin left the network in 2015 and went through several short-lived partnerships before joining Glenn Beck’s network, The Blaze, in 2019.

“As a big believer in free speech and diversity of thought, I couldn’t be more thrilled to partner with a company that shares those values to launch my new Podcast,” Trump Jr. said. “While other Big Tech companies are focused on censoring dissent, Rumble is building a platform that welcomes it, which is why so many content creators – all over the political spectrum – are now joining them. What Chris and his team at Rumble have built is truly special and I’m excited for the opportunity to help them grow even more in the coming years.”

Rumble is a Canadian-based YouTube competitor that brands itself as a “neutral video platform” and seeks to protect a free and open internet, according to the site’s story section.

The company acquired subscription-based Patreon competitor, Locals, founded by Rubin in October 2021. A few months after purchasing Locals, Rumble announced it would go public after entering a deal with global financial services firm CF Acquisition Corp. VI (CFVI). Rumble was initially valued at $2.1 billion, and current stock prices for CFVI are trading at about $6.17 per share. 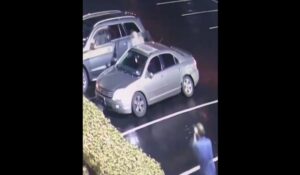