Darrell Brooks Jr. was sentenced three weeks after being convicted of 76 counts for his attack on a Christmas Parade in downtown Waukesha, Wisconsin in November of 2021.

Brooks was found guilty on Oct. 26 of intentionally driving an SUV into the parade – killing six people and injuring many others. He represented himself during the trial

Waukesha County Circuit Judge Jennifer Dorow sentenced Brooks to six consecutive sentences of life in prison without the possibility of parole on Nov. 17. Additionally, Brooks was sentenced to 17.5 years for each of the 61 counts of first-degree recklessly endangering safety with the use of a dangerous weapon for a total of 762.5 years, per KSL. Dorow also sentenced Brooks to three years for two counts of bail jumping and nine months for domestic battery.

Dorow said anything less than the sentence she handed down would “unduly depreciate the seriousness of these offenses.”

“It is needed — although largely symbolic, given the number of years that I have imposed here today — because frankly, you deserve it,” Dorow said in the courtroom.

“You have absolutely no remorse for anything that you do. You have no empathy for anyone,” she said. “Frankly, Mr. Brooks, no one is safe from you.

The day before sentencing, 40 victims and family members described the impact Brooks’ crimes had had on their lives either on the stand or through a written statement.

“I turned around and it was only seconds before you hit me square on,” said Lori Lochen, who was hit by Brooks while walking with her church, per WKOW. “I clearly remember feeling the impact. The searing pain of that blow is as clear to me today as it was a year ago.”

“In the years ahead, I urge you to carefully consider the sorrow and grief of the Waukesha community and the world at large,” Lochen told Brooks.

Both of Sheri Sparks’ sons were hit by Brooks while walking with their baseball team. Her son eight-year-old son, Jackson, died as a result of the traumatic brain injury he suffered.

“Do you have any idea how gut-wrenching it is to explain to your 12-year-old son that his little brother isn’t going to make it?” Sparks said in her statement.

Tyler Pudleiner, who was hit by the SUV while marching with his high school band, thanked Dorow for her “decorum and utmost respect” during the trial and expressed his frustration with Brooks’s repeated outbursts and delays.

“You’ve truly become like a mother and a true hero to this community, and for that, we appreciate you, Judge Dorow,” Pudlenier said. Brooks was observed rolling his eyes as the student spoke, according to the Milwaukee Journal-Sentinel.

Victim impact statements were halted temporarily on Nov. 15 after anonymous threats were made against the courthouse.

Mary Edwards, Brooks’ grandmother, addressed the court on Nov. 16. She said her prayer was that her grandson “will sincerely and humbly apologize.” She apologized to those who had been impacted by “this tragedy that has been caused by my grandson.”

Before being sentenced, Brooks spoke for two hours – expressing his sorrow at what had happened, saying he had repented to God, and stating his intention to take the “high road.” He also told Waukesha County District Attorney Susan Opper that his crimes were not of her concern and that we would never respect “how you did your job.”

“The why, the how,” said Brooks during his statement. “How could life ever get this far away from what it should be? Regardless of what a lot of people may think about me, about who I am, about my family, about my beliefs, I know who I am. God knows who I am, and I don’t have any words of anger.” 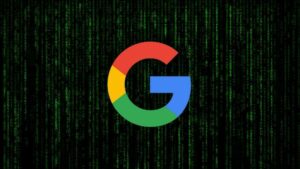