If A Person Discovered And Removed The App, State Officials Would Simply Re-Install It

The Massachusetts Department of Public Health (DPH) is facing a class action lawsuit for allegedly working with Google to secretly install spyware on the smartphones of more than one million people as part of the government’s statewide COVID-19 contract-tracing program.

A nonpartisan, nonprofit civil rights group called The New Civil Liberties Alliance (NCLA) filed the suit, which argues that the non-consensual, covert installation of a contact tracing app that tracks and records movement and one’s personal contacts is a violation of both the U.S. and Massachusetts Constitutions.

According to the complaint, DPH released a contact tracing mobile app in April 2021, but few Massachusetts residents voluntarily installed it. So, beginning in June, state health officials partnered with Google to “secretly install the contact tracing app onto over one million Android mobile devices located in Massachusetts without the device owners’ knowledge or permission.”

The app functioned by using Bluetooth to force an Android mobile device to constantly connect and exchange information with nearby devices. If an individual reported being infected with COVID-19, an exposure alert was sent to other people on the infected user’s connection record.

Even if a person did not opt into the notification system, the government’s contact tracing app forced the mobile device to send and receive Bluetooth signals.

“The Massachusetts DPH, like any other government actor, is bound by state and federal constitutional and legal constraints on its conduct,” said Peggy Little, NCLA Senior Litigation Counsel. “This ‘android attack,’ deliberately designed to override the constitutional and legal rights of citizens to be free from government intrusions upon their privacy without their consent, reads like dystopian science fiction—and must be swiftly invalidated by the court.”

DPH’s app does not appear with other applications on a mobile device’s home screen. Developers programmed it to only appear when a user navigates to “settings” and uses the “view all apps” feature, so most state residents were not aware the software had been placed on their devices.

The filing states that when some Android device users discovered and deleted the app, public health officials would simply re-install it on their phones.

According to the legal filling, at least six other states have developed COVID-19 contact tracing apps using Google API, but those states encouraged residents to voluntarily opt-in to the program.

“Persuading the public to voluntarily adopt such apps may be difficult, but it is also necessary in a free society,” says Sheng Li, NCLA Litigation Counsel. “The government may not secretly install surveillance devices on your personal property without a warrant—even for a laudable purpose. For the same reason, it may not install surveillance software on your smartphone without your awareness and permission.”

The class-action lawsuit contains nine counts against DPH, including violations of the Fourth and Fifth Amendments of the U.S. Constitution, as well as violations of Articles X and XIV of the Massachusetts Declaration of Rights. 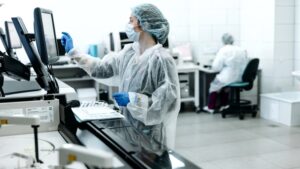