Researchers at the California Institute of Technology (Caltech) have successfully launched a prototype of its Space Solar Power Demonstrator (SSPD), which will test key components of machinery that will harvest solar power and beam the energy back to earth.

The 110-pound SSPD was loaded onto a spacecraft made by Momentus Vigoride and blasted off into space from Cape Canaveral on a SpaceX rocket Jan 3.

“Space solar power provides a way to tap into the practically unlimited supply of solar energy in outer space, where the energy is constantly available without being subjected to the cycles of day and night, seasons, and cloud cover,” Caltech spokesman Robert Perkins wrote in a media release marking the historic event.

The idea to deploy space-based assets to harvest energy from the sun was first envisioned by science fiction author and Boston University biochemistry professor Isaac Asimov in a 1941 short story. However, bringing the idea to life has only been made possible by recent technological advances.

According to Caltech, the launch “represents a major milestone in the project and promises to make what was once science fiction a reality.”

SSPD will deploy a group of modular spacecraft that collect energy from the sun, convert it to electricity, then wirelessly transmit the energy to any location where it is needed, allowing underdeveloped and remote areas of earth to have access to a clean, near-constant supply of electricity.

“For many years, I’ve dreamed about how space-based solar power could solve some of humanity’s most urgent challenges,” said philanthropist and Board of Trustees member Donald Bren, who approached Caltech’s president on 2013 with a donation to fund the project. “Today, I’m thrilled to be supporting Caltech’s brilliant scientists as they race to make that dream a reality.”

Ultimately, the science and engineering institute garnered more than $100 million in support for the project.

The team will begin conducting tests in several weeks. Scientists say they will need up to six months of testing to give them more insight into what types of technologies need to be developed to make the system a reality.

“No matter what happens, this prototype is a major step forward,” says Ali Hajimiri, Caltech’s Bren Professor of Electrical Engineering and Medical Engineering and co-director of SSPP. “It works here on Earth, and has passed the rigorous steps required of anything launched into space. There are still many risks, but having gone through the whole process has taught us valuable lessons. We believe the space experiments will provide us with plenty of additional useful information that will guide the project as we continue to move forward.”

Similar systems have been under development by various governments around the world for years.

Most recently, China’s newly completed space station was slated to begin running experiments to beam electricity from space to earth. The U.S. Department of Defense has been developing the technology since at least 2014. 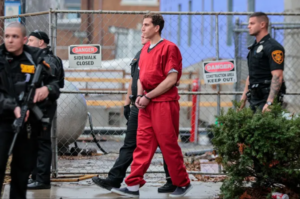