The newly unsealed probable cause affidavit revealed new details about the Nov. 13 night that four University of Idaho students were stabbed to death in an off-campus rental house.

Ethan Chapin, 20, Xana Kernodle, Kaylee Gonclaves, 21, and Madison Mogen, 21, were found dead around 12 pm by law enforcement. Police had received a 911 call from the cell phones of one of the women’s two surviving roommates. The roommates – Bethany Funke and Dylan Mortensen – are identified in the documents as B.F. and D.M.

Before Jan. 5, the surviving roommates were believed to have been asleep on the first floor of the residence during the attack. The newly released court documents now indicate that at least one roommate saw the attacker inside the home.

“D.M. stated she originally went to sleep in her bedroom on the southeast side of the second floor. D.M. stated she was awoken at approximately 4:00 a.m. by what she stated sounded like Goncalves playing with her dog in one of the upstairs bedrooms, which were located on the third floor,” states the affidavit. “A short time later, D.M. said she heard who she thought was Goncalves say something to the effect of ‘there’s someone here.’”

Investigators believe Mortensen may have heard Kernodle, who was awake and using TikTok at 4:12 am according to a forensic analysis of her cell phone.

A review of records obtained from a forensic download of Kernodle’s phone showed this could also have been Kernodle as her cellular phone indicated she was likely awake and using the TikTok app at approximately 4:12 am.

D.M. stated she looked out of her bedroom but did not see anything when she heard the comment about someone being in the house. D.M. stated she opened her door a second time when she heard what she thought was crying coming from Kernodle’s room. D.M. then said she heard a male voice say something to the effect of ‘it’s ok, I’m going to help you.’

D.M. stated she opened her door for the third time after she heard the crying and saw a figure clad in black clothing and a mask that covered the person’s mouth and nose walking towards her. D.M. described the figure as 5’10” or taller, male, not very muscular, but athletically built with bushy eyebrows. The male walked past D.M. as she stood in a ‘frozen shock phase.’ The male walked towards the back sliding glass door.

Bryan Christopher Kohberger was arrested on Dec. 30 at his parents’ home in Monroe County, Pennsylvania in connection with the quadruple homicide. He appeared in court on Jan. 2 and waived his right to extradition. He arrived in Idaho on Jan. 5, which permitted the court documents to be unsealed in accordance with state law.

Kohberger is a 28-year-old PhD student studying Criminology and a teaching assistant at Washington State University, which is less than 10 miles from Moscow, Idaho where the murders took place. He is currently being held at the Latah County jail. He has been charged with one count of burglary and four counts of murder.

Michael Mancuso, the first assistant district attorney of Monroe County, said he believed “one of the main reasons” Kohberger waived extradition and hurried “his return back to Idaho” was “the need to know what was in those documents,” per Newsweek.

The affidavit includes other details of evidence investigators believe link Kohberger to the crime.

The Idaho State Lab also “located a single source of male DNA” which was “left on the button snap of the knife sheath.”

An autopsy determined the murder weapon was a fix-blade knife, which police had not recovered as of Kohberger’s arrest.

Investigators linked the DNA recovered at the crime scene by searching the family’s trash in Pennslyvania and obtaining a sample of his father’s DNA.

The agencies investigating the crime, including the Moscow Police Department, were criticized at times during the nearly seven weeks of investigation for releasing only a limited amount of information.

“We want to have a situation where, when this goes to trial, there is no doubt that we’ve done everything right,” Police Cheif James Fry told reporters at a Dec. 30 press conference.

A motive for the crime is not yet known.

Second Judicial District Magistrate Judge Megan E. Marshall has issued a gag order which prohibits law enforcement, attorneys, and agents of either the defense or the state from discussing the case with the media or the general public. 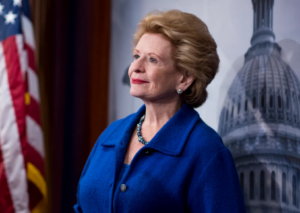