China’s space station will run high-energy beam experiments as part of a program to build the world’s first solar power plant, technology that will collect energy from the sun and transmit clean energy wirelessly from space to earth.

Live demonstrations of this controversial technology puts China on a collision course with the United States, which has been racing to become the first nation to develop space-based power.

China’s space station Tiangong — which means “heavenly place” — was completed and became operational earlier this month when its third and final service module docked in November.

Yang Hong, chief designer of the space station, told attendees at a recent conference in China’s Hainan province that Tiangong would play a key role in China’s space solar power station project, according to the South China Morning Post (SCMP).

Circling the planet in a geostationary orbit 22,400 miles above earth, the power plant could collect energy 24 hours per day and provide a constant supply of clean electricity to any location on earth, from military installations to remote villages.

China’s initial tests will include microwave energy transmission and using a high energy beam to provide power to a satellite, Yang told the conference. Over the next several years, China will begin conducting space-to-earth energy transmission experiments. Chinese officials are planning to have a working space power plant — which can supply electricity to military outposts — working by the 2030s, according to SCMP.

Some experts have warned, however, that space-based power stations could be weaponized, allowing any nation who pioneers this technology the ability to establish space supremacy, denying the ability of other nations to access space and to easily destroy military assets of their rivals.

Steven Kwast, a retired U.S. Air Force lieutenant general, says that space-based power stations can be turned into directed energy weapons that can be used to destroy enemy infrastructure.

“We can say today, we are dominant in space. But the trend lines is what you have to look at,” Kwast said in a 2019 speech at Hillsdale College. “And they [China] will pass us in the next few years if we do not do something. And they will win this race, and then they will put roadblocks up to space. Because once you get the ultimate high ground, that strategic high ground, it’s curtains for anybody trying to get to that high ground behind them.”

Kwast explained that nations may state the technology will be used for peaceful purposes, but that because energy waves can be sent to any location on earth, a hostile nation could cripple any country it seeks to dominate.

“But in a millisecond, that dominance of the electromagnetic spectrum can be directed energy that could paralyze any part of our power grid and freeze any military might that America builds on the spot,” he added. “Every carrier battle fleet is a cork in the water. Every fleet of fighters is dead on the ramp, can’t even turn the wheel, because of our vulnerability. China has openly stated they are weaponizing everything.”

Aside from concerns about militarization, other experts have cautioned that deploying space-to-earth power could cause disturbances in the ionosphere that might lead to unintended consequences for Earth’s environment, per SCMP. 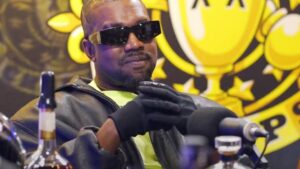