Earth's Power Could Soon Be Provided Wirelessly From Space

Science fiction is about to become science reality.

Multiple countries, including the United States, China, Russia, and the United Kingdom, are vying to be the first to offer technology that will capture energy from the sun and send it to Earth.

The United States has been conceptualizing programs for decades. The U.S. Air Force partnered with defense contractor Northrop Grumman years ago on their Space Solar Power Incremental Demonstration and Research Project (SSPIDR). This system uses space-based solar power panels to collect power, convert it to radio frequencies, then send it to Earth. In 2014, the U.S. Navy announced development of a similar system using a powerful, one kilometer-long satellite that would be assembled by space robots.

An orbiting power plant would be able to receive sunlight 99 percent of the time to deliver energy day and night, regardless of weather conditions.

Space-based power is clean energy with zero emissions that can reach the most remote parts of the planet. However, some officials within the U.S. Department of Defense have warned that this technology could be weaponized.

“We can say today, we are dominant in space. But the trend lines is what you have to look at,” said Steven Kwast, retired Air Force lieutenant general in a 2019 speech at Hillsdale College. “And they [China] will pass us in the next few years if we do not do something. And they will win this race, and then they will put roadblocks up to space. Because once you get the ultimate high ground, that strategic high ground, it’s curtains for anybody trying to get to that high ground behind them.”

Kwast told the students and faculty in attendance that space-based power stations can be turned into directed energy weapons that can destroy enemy infrastructure.

“They broadcast that they will be used for peaceful purposes, that those radio waves will bring energy to anybody on planet Earth without the need for power lines or power plants,” he explained.

“But in a millisecond, that dominance of the electromagnetic spectrum can be directed energy that could paralyze any part of our power grid and freeze any military might that America builds on the spot,” he added. “Every carrier battle fleet is a cork in the water. Every fleet of fighters is dead on the ramp, can’t even turn the wheel, because of our vulnerability. China has openly stated they are weaponizing everything.”

However, other U.S. officials are more optimistic.

Christopher Rodenbeck, Ph.D., Head of the Advanced Concepts Group at the U.S. Naval Research Laboratory, said in a statement that these systems are the ultimate green technology. He said power beamed from space to Earth can provide power continuously, 24 hours a day, seven days a week, 365 days a year.

“That is something no other form of clean energy can do today,” Rodenbeck said.

A fully assembled solar power station could be as large as five square miles and be able to power an entire city.

The endeavor also comes with a big price tag. The estimated cost to launch a single satellite ranges from $50 million to $400 million.

China is proposing to launch a solar power plant in space that will “convert solar energy to microwaves or lasers and then direct the energy beams to various targets, including fixed locations on Earth and moving satellites,” the South China Morning Post reported.

For now, China is planning to start conducting experiments in 2030 and have an operational solar satellite in orbit by 2050. 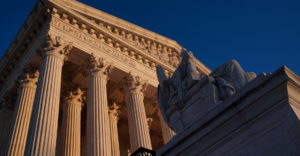