The Justice Department asked the Supreme Court on Oct. 18 to lift a ruling allowing Texas’s controversial abortion law to remain in place.

The department announced its intention to appeal to the nation’s highest court last week, writing that the law prohibits abortion “long before viability — indeed, before many women even realize they are pregnant.”

Texas enacted one of the most restrictive abortion laws in the country in September. The so-called heartbeat law bans abortion if a fetal heartbeat is detected on or after six weeks. It also allows citizens to file a lawsuit against anyone who helps a woman obtain abortion services. This unique policy leaves enforcement up to individuals and has prevented Texas’s law from being struck down.

“In the 5-4 vote last month to allow the law to remain in effect, the high court acknowledged in an unsigned order that there were ‘serious questions regarding the constitutionality of the Texas law’ but also ‘complex and novel’ procedural questions about whom to sue and whether federal courts had the power to stop the law from being enforced,” according to AP News.

U.S. District Judge Robert Pitman blocked the law’s enforcement in early October. He wrote that because of Texas’s Senate Bill 8, “women have been unlawfully prevented from exercising control over their lives in ways that are protected by the Constitution.”

The U.S. Court of Appeals for the 5th Circuit then put a hold on Pitman’s ruling and the law went back into effect.

In the second appeal to the Supreme Court, the Justice Department wrote:

“Rather than forthrightly defending its law and asking this court to revisit its decisions, Texas took matters into its own hand by crafting an unprecedented structure to thwart judicial review. … The question now is whether Texas’ nullification of this Court’s precedents should be allowed to continue while the courts consider the United States’ suit. As the district court recognized, it should not.”

NBC News reports that “the issue of whether the Constitution provides a right to abortion will be squarely before the Supreme Court in December when the justices hear a challenge to Mississippi’s law that would ban abortion after 15 weeks. That case presents a direct challenge to the court’s abortion precedents, including Roe v. Wade, which say states cannot ban abortion before fetal viability.”

President Joe Biden has attacked Texas’s law, saying in a Sept. 2 written statement that it was “a bizarre scheme” that “unleashes unconstitutional chaos and empowers self-anointed enforcers to have devastating impacts.”

He added: “This law is so extreme it does not even allow for exceptions in the case of rape or incest. And it not only empowers complete strangers to inject themselves into the most private of decisions made by a woman — it actually incentivizes them to do so with the prospect of $10,000 if they win their case.”

Support for Senate Bill 8 is split almost song party lines. Last week, 18 state attorneys general and the majority from Republican led states came out in support of Texas’s law. According to CBS News, they want the court to leave the restrictions in place and accused the federal government of overreaching by pursuing the legal challenge. In contrast, approximately 20 Democrat-run states asked the lower court to throw out the law in September. 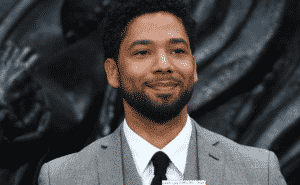 Jussie Smollett Will Go On Trial Over False Police Report