Jussie Smollett Will Go On Trial Over False Police Report

A Chicago judge denied a dismissal request from actor Jussie Smollett, ensuring the case will go to trial in November.

Smollett, the recipient of four NAACP Image Awards, is best known for his role in “Empire.”

In January of 2019, he called Chicago police and said he has been attacked by two masked men around 2 A.M. while out buying a Subway sandwich. Smollett told police the men yelled racial and homophobic slurs at him and shouted, “This is MAGA Country.”

Smollett said the men tied a rope around his neck and poured a chemical on him.

The alleged attack occurred on East North Lower Water Street, in the upscale neighborhood of Streeterville.

In a statement following the publication of Smollett’s report, Chicago police spokesman Anthony Guglielmi said, “Given the severity of the allegations, we are taking this investigation very seriously and treating it as a possible hate crime. … Detectives are currently working to gather video, identify potential witnesses and establish an investigative timeline. The victim is fully cooperating.”

The investigation found no videos of the attack. Instead, investigators found evidence that the actor paid Nigerian brothers Ola and Abel Osundairo, who were identified as the perpetrators, to stage an attack.

Former Chicago police Superintendent Eddie T. Johnson said Smollett paid the men $3,500 as part of his plan to create a hate crime to boost his career.

The actor, who came out as gay in 2015, was charged with making a false police report in February of 2019. A grand jury indicted him in March of 2019.

Then, “Smollett’s felony disorderly conduct charge was dropped by Cook County State Attorney Kim Foxx’s office. However, a judge later assigned a special prosecutor to the case who, in February 2020, charged the disgraced actor with six new counts of disorderly conduct,” per the National Review.

“The City of Chicago would later sue Smollett for $130,000 for the cost of the investigation,” notes The Daily Mail.

Judge James Linn said he would not upset the already established arrangement. Smollett’s attorney has argued that his client’s rights are being violated because, per a previous deal with Cook County, he performed community service and forfeited a $10,000 bond.

Smollett has pled not guilty to the charges. Jury selection will begin on Nov. 29. 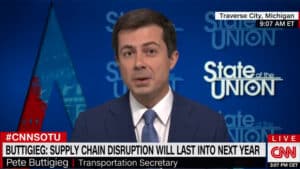