Darrell Brooks has been charged with six counts of homicide

The man accused of driving his SUV into the Waukesha Christmas Parade will represent himself at his upcoming trial.

Waukesha County Judge Jennifer Dorow has permitted Darrell Brooks’ attorneys to withdraw from the case at the defendant’s request.

“He may possess some challenges, given what I understand about personality disorders, but those have nothing to do with his competence to represent himself,” Dorow said earlier this week, per WISN Milwaukee. “The court needs to determine if Mr. Brooks is making a decision competingly, freely, voluntarily.”

Brooks has been charged with six counts of first-degree intentional homicide as well as 61 counts of reckless endangerment. He faces 12 and half years in prison for each count. An additional five years could be added to every charge, each of which has a use-of-a-dangerous-weapon penalty enhancer.

While the defendant changed his plea to not guilty by reason of mental disease in June, he withdrew the insanity defense two weeks later. He requested to represent himself in September.

In court on Sept. 27, Brooks told the judge the public defenders representing him – Jeremy Perri and Anna Kees — had not explained the nature of the charges against him.

The defense attorneys told the judge they had met with Brooks 25 times and had reviewed the charges, penalties, and discovery results.

“Darrow, who questioned Brooks as to his understanding of the request he was making, grew frustrated after the defendant said he was aware but did not understand,” according to WSB Radio. He later told Darrow he had discussed his request with his attorneys and said “I have my own reasons why.”

“At one point during the motions hearing, Waukesha County District Attorney Susan Opper asked the judge to note that Brooks appeared to have been sleeping during the proceeding” reports AP News. “Dorow ordered a break and when the parties returned to the courtroom, Brooks lashed out and yelled at the judge before he was surrounded by three deputies and taken from the courtroom.”

While in court on Sept. 28, Brooks suggested that witnesses who had requested their faces not be shown on camera while they appear on the witness stand should be removed from the witness list. Darrow rejected the suggestion.

Brooks’ mother sent a letter to the court, requesting that her son’s request to represent himself be denied. Dawn Woods said she had been concerned about her son’s mental health for the last month but that his attorneys had not responded to her.

“When I spoke to him he told me he doesn’t feel comfortable with his attorneys’ way of how they want to present his case,” Woods wrote, per TMJ4. “He is not stable mentally enough to fully understand the big mistake he is making by wanting to represent himself… he doesn’t understand. That alone should be enough to see he’s not capable of being his own attorney.”

Brooks is accused of intentionally driving his SUV into a crowd assembled on Nov. 21, 2021 to watch a Christmas parade in Waukesha. Video footage of the incident went viral and the red car was identified in a music video Brooks posted to YouTube. 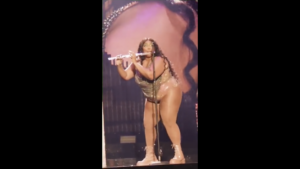