Madison’s flute was escorted onstage by Library curator Carol Lynn Ward-Bamford and Music Division workers as the rapper gingerly took the flute saying, “It’s crystal, it’s like playing out of a wine glass!” The audience cheered as Lizzo trilled the flute briefly while dancing before returning the flute to Ward-Bamford.

“‘B—- I just twerked and played James Madison’s crystal flute from the 1800s,” the performer said with delight. “We just made history tonight,” Lizzo said, thanking the Library of Congress for providing the flute.

Late Tuesday, the Library of Congress confirmed the flute had been safely returned to the Library and thanked Capitol police for escorting the relic.

“NOBODY HAS EVER HEARD THIS FAMOUS CRYSTAL FLUTE BEFORE NOW YOU HAVE IM THE FIRST & ONLY PERSON TO EVER PLAY THIS PRESIDENTIAL 200-YEAR-OLD CRYSTAL FLUTE— THANK YOU @librarycongress” said Lizzo in an early Wednesday tweet shortly after her concert.

NOBODY HAS EVER HEARD THIS FAMOUS CRYSTAL FLUTE BEFORE

IM THE FIRST & ONLY PERSON TO EVER PLAY THIS PRESIDENTIAL 200-YEAR-OLD CRYSTAL FLUTE— THANK YOU @librarycongress ❤️ pic.twitter.com/VgXjpC49sO

On Friday, Lizzo was invited to visit the Library of Congress’ collection of flutes by current librarian Carla Hayden.

“The @librarycongress has the largest flute collection in the world with more than 1,800. It incl Pres James Madison’s 1813 crystal flute. @lizzo we would love for you to come see it and even play a couple when you are in DC next week. Like your song they are ‘Good as hell,'” Hayden said in a tweet.

On Monday, the rapper visited the Library of Congress and toured the Music Division’s flute vault where she also reportedly played Madison’s flute along with others in the collection. The Library posted a series of tweets featuring Lizzo playing a plexiglass flute similar to Madison’s around the Library’s Main Reading Room and Great Hall as she reportedly practiced for her Tuesday performance.

French aristocrat Claude Laurent gifted the flute to Madison for his second inauguration. The flute was engraved with Madison’s name along with the year of manufacture and became a family heirloom. During the War of 1812, Dolly Madison rescued the flute from the White House as British troops entered the capitol, according to the library.

“Library’s curators in the Music Division made sure that it could be played safely and without damage,” the Library of Congress confirmed. “This sort of thing is not as unusual as it might sound. Many of the Library’s priceless instruments are played every now and again.”

Last year, the Library and State Department organized a plan to send Thomas Jefferson’s Quran to Dubai for the World Expo which was reportedly accompanied by a library professional the entire trip. Jefferson’s Quran was originally purchased while studying law in 1765 in Williamsburg, Virginia. 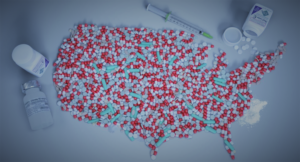