Darrell Brooks Jr., the man accused of killing six and injuring dozens when he drove an SUV through the 2021 Christmas parade in Waukesha, Wisconsin, has changed his plea from “not guilty” to “not guilty by mental disease or defect.”

Brooks, 43, appeared in court with his lawyers on Monday to seek a change of venue, or to have a jury brought in from another location, along with changing his plea.

Waukesha County Circuit Judge Jennifer Dorow denied the change of venue motion, but said that she will expand the jury pool and allow both sides additional strikes during the selection process.

Jurors will be sequestered during the day, but allowed to return home in the evenings.

Brooks’ attorney Jeremy Perri had argued that because so many people were impacted in the community, and because it made national news, it will be impossible to seat an impartial jury.

Judge Dorow disagreed and said that being aware of the crime does not mean that a jury cannot be impartial.

“It is not required that jurors be totally ignorant of the facts and issues involved,” Dorow said, according to a report from the Milwaukee Journal Sentinel. “The nature of the publicity has been factual and objective … not an attempt to influence the public of the guilt or innocence of Mr. Brooks.”

According to the report, Dorow agreed to instead give both parties unlimited strikes for cause and ten preemptory strikes, which are used by a party to dismiss a juror without having to provide a reason.

Brooks is facing 83 charges total. This includes six counts of first-degree intentional homicide and 61 counts of recklessly endangering safety with use of a dangerous weapon. He is also facing charges from another incident in Milwaukee, which include two charges of bail jumping and two charges of domestic abuse battery. He had attacked an ex-girlfriend before heading to the parade.

“About three weeks earlier, Brooks allegedly punched and ran over the same woman with his car at a Milwaukee gas station. His bail in that case was set at $1,000, which he posted. He was released five days before the parade,” the Journal Sentinel reports.

The trial is currently scheduled to take place from October 3-28, but it could conclude faster — depending on how long deliberations take. He is currently imprisoned with a $5 million bail. 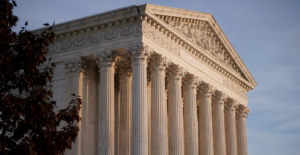