Parents who send their children to religious schools have the right to state tuition aid if it is offered to other private schools, according to a new decision from the Supreme Court.

Two Christian families sued Maine after being excluded from the state’s tuition assistance program because they wanted to send their students to religious schools.

In the 6-3 decision, the court held Maine violated the Free Exercise Clause of the First Amendment by not funding students equally.

“Maine has chosen to offer tuition assistance that parents may direct to the public or private schools of their choice,” Roberts wrote. “Maine’s administration of that benefit is subject to the free exercise principles governing any public benefit program—including the prohibition on denying the benefit based on a recipient’s religious exercise.”

“The Free Exercise Clause of the First Amendment protects against ‘indirect coercion or penalties on the free exercise of religion, not just outright prohibitions,'” the opinion reads. “A State’s antiestablishment interest does not justify enactments that exclude some members of the community from an otherwise generally available public benefit because of their religious exercise.”

Roberts has previously ruled that funding parochial schools does not violate the constitution in his 2020 majority opinion for Espinoza v. Montana Department of Revenue.

“In the founding era and the early 19th century, governments provided financial support to private schools, including denominational ones,” Roberts wrote at the time.

According to the Los Angeles Times, “the conservative justices in recent years have cast aside the principle of church-state separation and argued it grew from an anti-Catholic bias in the late 19th and early 20th centuries.”

“Today, the Court leads us to a place where separation of church and state becomes a constitutional violation,” Sotomayor wrote. “If a State cannot offer subsidies to its citizens without being required to fund religious exercise, any State that values its historic antiestablishment interests more than this Court will have to curtail the support it offers to its citizens.”

“With growing concern for where this Court will lead us next, I respectfully dissent,” the justice added.

Despite the ruling, legislative and administrative action will still be needed to enact the change.

“The Maine Department of Education will have to come up with guidelines for what religious schools would need to do to receive public funds,” report Bangor Daily News. “The department’s spokesperson previously said it would not create guidelines until after the court’s decision was announced.”

The Court heard oral arguments in Carson v. Makin in December. At the time, Breyers expressed concern about possible discrimination and future litigation that may result if Maine’s tuition assistance practices were overturned.

“There are 65 religions or more in this country and they believe a lot of different things,” said Breyer, per Law and Crime. “What’s worrying me is that if the state must give money to the schools, they’re going to get into all kinds of religious disputes.”

The court’s decision regarding Carson v. Makin was lauded by some as a victory for the school choice movement because parents will be using tax-funding to select an institution that is in line with their family values or educational goals for their children.

New SCOTUS ruling is a win for school choice! https://t.co/t72VTZws09 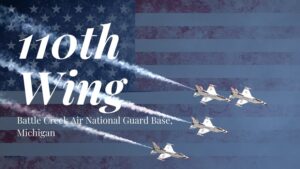