Darrell Brooks Jr. has been charged for the deaths of six people and 71 other crimes

The man accused of driving his car into a Wisconsin Christmas parade will face trial following a judge’s ruling on Jan. 14.

Darrell Brooks Jr. appeared in court in Wisconsin on Friday. He was initially held on a $5 million cash bail. He has been in police custody at the Waukesha County Jail since Nov. 23.

Detectives from the Waukesha Police Department testified, “Costello read aloud the dozens of new charges against Brooks and brief details about each victim, all of whom who were identified using letters of the alphabet in lieu of their names,” reports Fox News. “Brooks was slouched and remained emotionless as Costello spent several moments discussing the new charges and the victims one-by-one.”

The 39-year-old defendant initially faced five counts of first-degree intentional homicide. A sixth count has since been added. Each charge carries a life sentence.

On Jan. 12, an additional 71 charges were brought against Brooks. They include first-degree recklessly endangering safety with the use of a dangerous weapon, hit-and-run resulting in death, felony bail jumping, and misdemeanor domestic abuse.

Brooks is accused of driving his red SUV into a crowd gathered on Nov. 21 in Waukesha to watch an annual Christmas parade. More than 60 people were injured, and six were killed due to the crime.

Detective Thomas Casey testified at the preliminary hearing that he and other officers tried to stop Books as he drove through the downtown parade. He said the Ford SUV zig-zagged for several blocks, hitting marchers from behind and running them over.

Videos of the event circulated on social media in the hours after it occurred.

Public Defender Anna Kees said Brooks was high during the incident. She told the officers who arrested him noted that he smelled of marijuana and that his eyes were red and glassy.

Kees said that Brooks could not turn off the parade route because of the barricades and spectators. She said her client could not look at photos of the devastation when detectives showed them to him and that he had not intended to kill anyone.

District Attorney Susan Opper said Brooks could have stopped his car instead of driving through the crowd. She also said that even if he was high on marijuana, he had still committed multiple crimes.

Brooks, who had a preestablished criminal history, had been arrested in Milwaukee County and was released on Nov. 19 after posting $1,000 bail.

Arraignment is set for February 11. Brooks will enter his plea at that time. 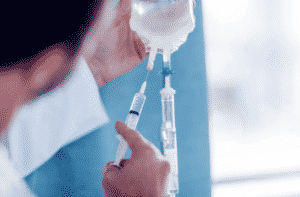