The Chief Executive Officer of a medical supplies company says the monoclonal antibody shortage was created after the federal government took over distribution.

Michael Einhorn leads Dealmed, which has distributed monoclonal antibodies used in the treatment of COVID-19.

While speaking with NTD News, Einhorn said “relying on the government to determine who gets what… can be very lengthy in terms of time and oftentimes you have surpluses in certain areas and nothing in other areas.”

“The process that we have now, which is practically a government takeover of these products, is not the solution and isn’t working,” Einhorn said.

Monoclonal antibodies (mAB) are made in a laboratory and designed to target a specific infection. They are given to people at high risk of developing serious symptoms or being hospitalized because of COVID-19.

Three mAB treatments for COVID-19 have been approved by the National Institute of Health, including, Bamlanivimab plus etesevimab, casirivimab plus imdevimab, and sotrovimab.

The Biden administration paused private shipments of monoclonal antibodies from Regeneron and Eli Lilly to take over distribution in November.

Einhorn says that under federal oversight, shipments of the treatments are not reaching locations in need of them.

Connecticut, Nevada, and Ohio are some of the places running out of their supply of monoclonal antibodies.

On Dec. 27, 2021, the Texas Department of Health and Human Services announced major cities across the state – including, Austin, Fort Worth, El Paso, and San Antonio – had all run out of sotrovimab.

Sotrovimab is effective against the omicron variant of COVID-19, which is currently surging across the country.

The regional infusion centers in the impacted locations “will not be able to offer it until federal authorities ship additional courses of sotrovimab to Texas in January.”

“As with other states, Oklahoma’s recent allocation of monoclonal antibodies has been insufficient to assure adequate supply moving forward,” Reed said to The Oklahoman.

The state’s Health Department has begun prioritizing certain regions of the state and sending the treatments where they are most needed because of the scarcity.

“We would love to be able to give [providers] as much as they needed, but it’s just not available right now,” Reed said. “We’re at the mercy of the federal government and the manufacturers — they’re the ones that are really driving a supply chain.”

The federal government has acknowledged the shortage and warned a solution will not come quickly.

The Office of the Assistant Secretary of Preparedness and Response said released a statement on Dec. 17 saying sotrovimab would not be available until some time around January 3rd. It reported that it had distributed just over 55,000 doses of the monoclonal antibody as of December. 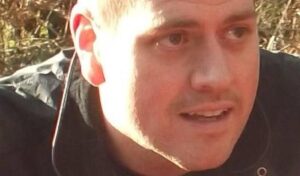