Whole Foods will temporarily stop buying lobster harvest from the Gulf of Maine after an environmental nonprofit withdrew the fisheries’ suitability status.

The announcement is the latest obstacle for the state’s $1 billion industry which was restricted by environmental regulations enacted by the federal government.

The Marine Stewardship Council was established in 1999 and issued certifications for sustainable fisheries. The organization says its certification protects against overfishing caused by seafood demands.

Following an audit in September, the MSC announced it was downranking Gulf of Maine lobsters on Nov. 16 because an endangered species of whale – the right whale — gets caught in fishing gear.

The certification suspension goes into effect on Dec. 15 and lobsters harvested from the region at that point will be prohibited from being sold under the MSC certification.

Concerns about the right whale prompted the Biden administration to intervene in the state’s industry last year.

In September of 2021, the National Oceanic and Atmospheric Administration announced a series of regulations aimed at protecting the whale in the North Atlantic. The regulations included restricting 950 miles of fishing waters in the Gulf between October and January. The restrictions were opposed by Maine’s Congressional Delegation and Governor Janet Mills. The officials argued they could cause overcrowding and harm the state’s economy.

“We agree that we must protect the fragile right whale population, but we must do so without endangering human lives or livelihoods,” the delegation and Mills said in a joint statement. “It is unacceptable that Maine lobstermen and women continue to be the primary target of burdensome regulations despite the multiple effective mitigation measures they have taken and the data showing that ship strikes and Canadian snow crab gear pose substantially greater risks to right whales. We will continue to work with our partners in the lobster industry to support this vital part of Maine’s economy and heritage.”

Approximately 12,000 people are employed by the state’s lobster supply chain.

Damaging the industry could have potentially devastating consequences. As The Economist noted:

The loss of the lobster industry would go beyond the lobstermen, dealers and processors. Restaurants and lobster shacks, which rely on holiday-goers lured by quaint coastal fishing towns, could be hurt, too. If the lobster business vanishes, many coastal towns could struggle to survive. Thousands of families and small businesses that rely on the catch would suffer.

The company, which has more than 500 locations across the country, said it would restock Maine lobsters if the fishery’s rating improves. Amazon acquired the company in 2017.

“These third-party verifications and ratings are critical to maintaining the integrity of our standards for all wild-caught seafood found in our seafood department,” said a spokesperson for the company, per Bangor Daily News. “We continue to sell Gulf of Maine lobster in our stores that was procured while still under the active MSC certification [prior to suspension] or under an active MBA yellow rating. We are closely monitoring this situation and are committed to working with suppliers, fisheries, and environmental advocacy groups as it develops.” 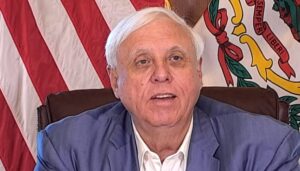