The regulations are intended to prevent whale deaths caused by fishing equipment, which have not occurred in two-decades

The National Oceanic and Atmospheric Administration (NOAA) announced last week a series of new rules with the aim of protecting whales in the North Atlantic. There are only 360 in the wild and the agency says they are vulnerable to becoming tangled in fishing gear — one of the two leading causes of death for whales.

Governor Janet Mills and Maine’s Congressional Delegation released a joint statement opposing NOAA’s regulations, claiming there has not been a whale entanglement caused by Maine fisheries in over twenty years. The Maine Department of Marine Resources, Maine Lobstermen’s Association, and the Maine Lobstering Union tried to offer their expertise to develop “regulations that are fair, safe, and reflect the reality in the Gulf of Maine.

Mills and the Delegation said, “Unfortunately, the final rule does not meet those standards.”

“We agree that we must protect the fragile right whale population, but we must do so without endangering human lives or livelihoods. It is unacceptable that Maine lobstermen and women continue to be the primary target of burdensome regulations despite the multiple effective mitigation measures they have taken and the data showing that ship strikes and Canadian snow crab gear pose substantially greater risks to right whales. We will continue to work with our partners in the lobster industry to support this vital part of Maine’s economy and heritage,” the statement said.

“Maine’s iconic lobster industry is arguably the most visible, and perhaps the most economically important asset for the State,” Professor Michael Donihue of Colby College told Protect Maine, a statewide coalition that aims to protect Maine’s fishing heritage. Donihue is also the author of the “Lobsters to Dollars” Report.

The new rules included restricting 950 miles of fishing waters between October and January. NOAA claims the area in the Gulf of Maine is a “hot spot” for the endangered right whales. Critics say this will overcrowd other fishing areas and displace fishermen.

“For an off-shore fisherman, those are the four peak fishing months, and many of us off-shore fishermen will catch up to three-quarters of our annual earnings in those four months,” lobsterman and State Representative Billy Bob Faulkingham told News Center.

There will be restrictions on the number of lines fishermen can have. Additionally, the agency is implementing new gear-marking regulations which will create an additional expense for the industry.

“The Biden Administration, and NOAA, are set on protecting the right whale population even [though] there is no evidence to support their extreme measures. This administration is pinning the blame on our lobster industry rather than confronting the Canadian government who has taken zero action to address concerns regarding the large number of right whale death in Canadian waters over the last 5 years,” State Representative Sherm Hutchins said on the Maine House Republican’s podcast.

All four of Maine’s congressional delegates are against the rule. However, the state ultimately needs President Biden to intervene. 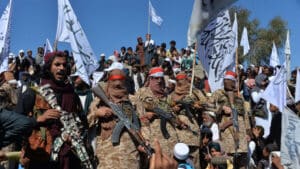