Longtime members of the Taliban released a list of officials this week that will govern Afghanistan in an “acting” capacity following the collapse of the American-backed regime last month.

“In a surprise, Mullah Abdul Ghani Baradar, who had led the Taliban’s negotiations with the United States, was named as the acting deputy leader of the council of ministers — functionally, as deputy prime minister — rather than being named to the top post. Instead, the Taliban said that Mullah Mohammad Hassan Akhund, a founding member of the Taliban who served as foreign minister and deputy prime minister in the group’s first government in the 90s, was named to lead the council of ministers,” reports the New York Times.

The White House declined to comment on whether the Biden administration will acknowledge the legitimacy of the incoming government.

“There’s no rush to recognition, and that will be planned dependent on what steps the Taliban takes,” Press Secretary Jen Psaki said. “The world will be watching whether they allow for American citizens, whether they allow individuals to leave who want to, and how they treat women and girls around the country.”

She added: “I don’t have a timeline for you.” 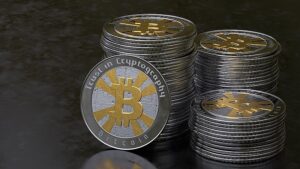