West Virginia Governor Jim Justice has announced that he is considering a run for senate in 2024.

The Republican governor said that he is “very seriously considering running for Senate” during a press conference on Tuesday.

“I have not made a final decision yet, you know, but I promise you irregardless to whatever I do, I’ll be your governor the next two years,” Justice said.

The governor stated that no matter what he decides, he will not slack on his duties as governor in the meantime.

I truly believe the people in the great state of West Virginia are with me in whatever decision I make. I’m sure they’ll be right with me, as they know without any question, I’ll be right with them. #WVSen

“I’m not going to sit around and just hang out. I don’t believe in that. I’ll be your governor,” Justice added. “I truly believe the people in the great state of West Virginia are with me in whatever decision I make. I’m sure they’ll be right with me, as they know without any question, I’ll be right with them.”

Gov. Justice said that he is still discussing the matter with his family and friends but will decide soon.

Republican Rep. Alex Mooney has already announced his intention to run in the Republican primary in hopes of taking on Democrat Senator Joe Manchin.

“West Virginia values are at risk in this country. We’re bankrupting America. I want to be a part of the solution there,” Mooney said in a radio interview on MetroNews Talkline on Tuesday morning, according to a report from Fox News.

“It’s been talked about a lot, but I’m going to announce. I’m announcing it right now that I’m running for the U.S. Senate,” Mooney said. “I’m all in.”

West Virginia Attorney General Patrick Morrisey has also announced that he intends to either challenge Sen. Manchin or run for governor.

“I wanted to alert a lot of my supporters that I’m going through a process. I’m seriously evaluating a run for the U.S. Senate and governor,” Morrisey told Fox News. “We’re gonna take the time, we’re gonna listen to people and we’re gonna do this the right way.… We have the strongest record of conservative accomplishments of any potential candidate in West Virginia, and I feel good about that. I just wanted to make sure a lot of our supporters were reminded of that fact after the election.”

Morrisey’s current term as Attorney General will be up in 2024, after being first elected in 2012. 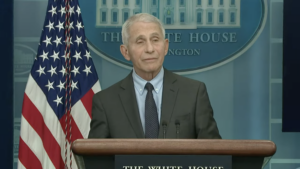