During a Tuesday press conference at the White House, Press Secretary Karine Jean-Pierre walked back President Biden’s recent declaration that the COVID-19 Pandemic was over stating it still remains an issue.

One reporter asked Jean-Pierre at the briefing what the White House’s response was to the President’s statement on Sunday’s 60 Minutes that the pandemic was over.

“So, the President said — and he was very clear in his 60 Minutes interview — that, you know, COVID remains a problem and we’re fighting it,” the Press Secretary responded. “And we have to continue to make sure that we are fighting this once-in-a-generation pandemic.”

Pierre reported that the Biden administration has made progress since coming into office and claimed the “once-in-a-generation pandemic was mismanaged by the [Trump] administration.”

KARINE JEAN-PIERRE: "The president said, and he was very clear in his 60 Minutes interview, COVID remains a problem."

Except Biden *literally* said "the pandemic is over." pic.twitter.com/LiYlqX864N

During Sunday’s episode of 60 Minutes with Scott Pelley, Biden declared the COVID-19 pandemic was over while the two walked the Detroit Auto Show, which Pelley noted had not taken place since 2019. Pelley asked the President if the auto show’s return was a sign the pandemic was over.

“The pandemic is over,” the President responded. “We still have a problem with COVID, we’re still doing a lot of work on it … but the pandemic is over. If you notice, no one’s wearing masks, everybody seems to be in pretty good shape. And so I think it’s changing. And I think this is a perfect example of it.”

The Washington Post said the President’s remarks were reportedly a surprise to senior officials as the White House who are working on a fall vaccination campaign, according to the outlet. The Public Health Emergency, originally declared on Jan. 31, 2020 and subsequently extended multiple times, is scheduled to expire next month.

Biden also declared for the fourth time during his 60 Minutes interview that the United States would involve themselves in military conflict if China invades Taiwan in a manner similar to Ukraine’s invasion by Russian forces earlier this year.

“What should Chinese President Xi [Jinping] know about your commitment to Taiwan?” asked Pelley.

“We agree with what we signed onto a long time ago. And that there’s One China, and Taiwan makes their own judgments about their independence … We are not moving … we’re not encouraging their being independent. We’re not … that … that’s their decision,” the President responded.

Pelley asked Biden for clarification, “But would U.S. forces defend the island?”

“Yes,” the President responded. “If in fact there was an unprecedented attack.”

After the interview was recorded, one U.S. official reportedly walked back the President’s statement on Taiwan, saying the policy has not changed and did not confirm if the island would be defended by American troops. Biden originally made claims that the United States would defend Taiwan with ABC’s George Stephanopolous in August 2021, again in October that year during a CNN town hall, and a third time during a joint press meeting earlier this year in Tokyo with Japan Prime Minister Fumio Kishida. 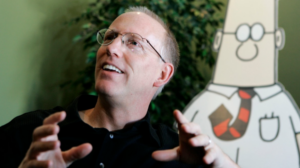