US To Defend Taiwan If China Invades, Biden Confirms

Host Scott Pelley asked the President what Chinese President Xi Jinping should know in regards to the United States’ commitment to Taiwan.

The President responded, “We agree with what we signed onto a long time ago. And that there’s One China, and Taiwan makes their own judgments about their independence … We are not moving… we’re not encouraging their being independent. We’re not… that… that’s their decision.”

Pelley pressed Biden’s response, comparing the possible attack to the likes of Russia’s invasion of Ukraine by asking if he was referring to United States troops defending the Island.

“Yes,” the President simply responded, “If in fact there was an unprecedented attack.”

President Biden tells 60 Minutes that U.S. men and women would defend Taiwan in the event of a Chinese invasion. However, after our interview, a White House official told us that U.S. policy on Taiwan has not changed. https://t.co/ANg54LifSH pic.twitter.com/V5qjoqF36T

One United States official allegedly informed 60 Minutes after the recording that Taiwan policy has not changed, though they did not confirm if American men and women would defend the island contradicting the President’s previous statement, the program reported.

In May, the President previously declared the United States’ intention to defend Taiwan during a press conference with Prime Minister of Japan Fumio Kishida in Tokyo after a reporter asked if Biden would suggest involvement should China invade the island.

“That’s the commitment we made … the idea that, that [Taiwan] could be taken by force, just taken by force, is just not appropriate. It will dislocate the entire region and be another action similar to what happened in Ukraine. And so it’s a burden that is even stronger,” Biden said.

Similar to his statement on 60 Minutes, the President’s White House team seemed to backtrack his statements shortly thereafter.

The President also declared the COVID-19 pandemic was over during one segment recorded at the Detroit Auto Show, which has not taken place since 2019, noted Pelley before asking Biden if the pandemic was over.

“The pandemic is over,” the President responded. “We still have a problem with Covid, we’re still doing a lot of work on it … but the pandemic is over. If you notice, no one’s wearing masks, everybody seems to be in pretty good shape. And so I think it’s changing. And I think this is a perfect example of it.”

The President’s remarks on the pandemic were reportedly a surprise to two anonymous senior health officials, the Washington Post reported. The White House has not officially responded to the President’s statement on 60 Minutes as of Monday morning.

Other topics covered during Biden’s interview included inflation, the FBI’s raid on Mar-a-Lago, and the possibility of a 2024 Presidential reelection campaign. 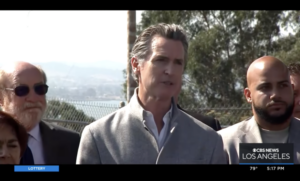