Vermont Permits State-Tuition Assistance to Be Used for Religious Schools

The settlement acknowledged precedent set by the US Supreme Court in Carson v. Makin

Another state in New England will allow tuition-assistance programs funded by tax revenue to be used by those enrolling in religious schools.

Vermont settled two lawsuits with agreements that reaffirm a ruling discussed by the United States Supreme Court earlier this year as part of a similar case brought against Maine.

Through the Town Tuition Program, Vermont offers students who live in towns that do not have public schools to use education tax dollars to enroll in another town’s school or an approved independent school, specifically secular private schools. Religious schools were not approved.

The lawsuits – A.H. v. French and E.W. v French – were brought by the families of six students and the Roman Catholic Diocese of Burlington, who argued that Vermont was violating constitutionally protected rights to religious freedom.

“All parents should be able to send their kids to schools that are the best fit for them, and the First Amendment protects parents’ right to choose religious schools,” said Paul Schmitt, legal counsel for the Alliance Defending Freedom, in a Dec. 1 statement. “For more than two decades, Vermont unlawfully excluded religious schools and their students from public benefits, essentially eliminating school choice for many parents in the state.”

“We are thankful the local school districts decided to do the right thing and give families the benefits they were entitled to,” Schmitt added. “Many of these families made great sacrifices to provide their kids with a faith-based education and we hope even delayed benefits can provide some financial help.”

The U.S. District Court for the District of Vermont agreed on Nov. 30 that the TTP’s policy was discriminatory and compelled school districts that excluded the wrongly-denied families to repay any tuition costs paid out-of-pocket. The court also stressed that neither the school districts nor the state’s education secretary can enforce the discriminatory law.

“The state has long struggled with whether public funds could be applied to religious entities due to a possible violation of the separation of church and state and complications around financially supporting institutions which can exclude admitting students based upon their sexual orientation or gender identity,” reports The Burlington Free Press.

In June, the Supreme Court ruled in favor of two families that sued the state of Maine after they were excluded from the state’s tuition assistance program because they wanted to enroll their children in Christian schools.

Maine offers tuition assistance to students who live in any number of the state’s small towns that do not have a public high school. The funding can either be used to cover costs associated with attending a neighboring public high school or with enrolling in a private school.

The justice found 6-3 in Carson v. Makin that by excluding students who qualified and wished to attend religious schools from the program, Maine was in violation of the Free Exercise Clause of the First Amendment of the Constitution. 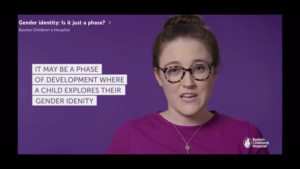