A Boston Children’s Hospital psychologist says gender identity may be “just a phase,” encouraging parents to allow their children to develop naturally and explore their gender identity.

The now-deleted video appears to contradict previous sentiments from Boston Children’s Hospital, which reportedly sees children as young as two and provides “gender-affirming” top surgery to patients as young as 15.

“Parents do wonder if a child’s gender identity is a phase. Sometimes it may be just a phase of development where they’re exploring their gender identity, and they’re kind of getting a sense of who they are,” explains Psychologist Kerry McGregor. “But a lot of children do end up identifying as that gender into young adulthood and adulthood. The only real way we know for sure that they’re going to continue in that gender identity is just to allow them to develop over time, and so that’s what we recommend to parents, is to give them the space.”

Exclusive: In a now deleted video, Boston Children’s Hospital admits that gender identity may be just a phase.

That doesn’t stop them from cutting the breasts off of 14-year-old girls. pic.twitter.com/x0xmPQPSak

Social worker Elizabeth Boskey said eligibility for receiving gender-affirming surgery at Boston Children’s Hospital is “basically the same as it would be for most other hospitals or surgeons in the United States.” Boskey also insisted the hospital follows the World Professional Association for Transgender Health‘s (WPATH) standards of care.

“WPATH recognizes that health is not only dependent upon high-quality clinical care but also relies on social and political climates that ensure social tolerance, equality, and the full rights of citizenship,” reads the organization’s standards of care (SOC).

“Multiple developmental processes occur simultaneously, including pubertal-signaled changes. Cognitive, emotional, and social systems mature, and physical changes associated with puberty progress,” WPATH’s SOC continues. “These processes do not all begin and end at the same time for a given individual, nor do they occur at the same age for all persons. Therefore, the lower and upper borders of adolescence are imprecise and cannot be defined exclusively by age.”

Here’s the video where Boston Children’s admits to cutting off the breasts of 15-year-olds.

How do they do this while simultaneously saying “Sometimes it may be just a phase of development.”? pic.twitter.com/7B3356tE6p

The organization says the term “adolescent” applies to “the start of puberty until the legal age of maturity.”

Boskey states patients are “requested but not required to be on hormones for at least one year” and further confirms the Boston Children’s Hospital sees patients as young as fifteen for top surgeries so long as the child has been “affirmed in their gender for a long period of time.”

In a separate video, McGregor says patients “usually know their gender around the age of puberty,” further suggesting “a good portion of children do know as early as seemingly from the womb.”

The truth of the matter is that the whole idea of gender identities is a sham.

A sham that’s grown into a medical scam. 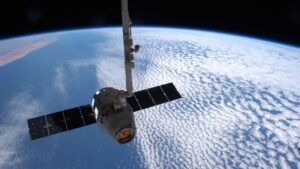