Communist leaders in the People’s Republic of China (PRC) are racing to modernize military assets and weaponize space in a bid to advance the “culture of ‘Socialism with Chinese Characteristics,’” according to the Pentagon’s latest annual report on China.

The 2022 National Security Strategy cautions that the PRC is the only nation on earth “with the intent and, increasingly, the capacity to reshape the international order.” Officials from the U.S. Department of Defense (DoD) say that China is the most consequential and systemic challenge to U.S. national security and the international system.

Central to the PRC’s future plan to displace the U.S. as the world’s leading superpower is the mission to weaponize space. China recently completed the buildout of its first space station Tiangong, which will soon begin conducting high-energy beam experiments as part of a program to build the world’s first solar power plant. U.S. officials have warned such technology could be used as directed energy weapons that could allow a hostile nation, such as China, to destroy the militaries of rival nations from space.

“The PLA views space superiority, the ability to control the space-enabled information sphere and to deny adversaries their own space-based information gathering and communication capabilities, as critical components in conducting modern ‘informatized warfare,’” the Pentagon says in its latest report.

In order to disadvantage the U.S., Defense Department officials say the PLA is developing a suite of space-based technologies, including kinetic-kill missiles, ground-based lasers, and orbiting space robots. China is also upgrading space surveillance capabilities and space assets to “blind and deafen the enemy” by destroying reconnaissance, communication, navigation, and early warning satellites.

The DoD report also says the PLA likely views counter space operations as a way to deter and counter U.S. intervention in a regional military conflict.

“Crippling U.S. space assets would be a logical move on the part of the PLA, given their view of deterrence is preemptive in nature and designed to escalate a situation to the point of dissuading an adversary from further escalating the scope of a conflict,” Michael J. Listner, a space expert with Space Law & Policy Solutions, told the Washington Times.

China has successfully tested its fractional orbit bombardment (FOBS) system, which is a hypersonic missile that flies around the world in low earth orbit, waiting for the optimal moment to engage its target. 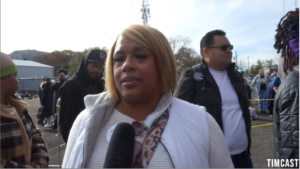