“Some folks are asking, ‘Well, if Democrats are to have control of the Senate, why? Why does this matter? What’s the difference between 50 and 51?’” Obama said. ”The answer is a lot.“

Timcast was on the scene to speak with attendees from multiple states about the perception of voter suppression in Georgia, their reasons for supporting Warnock in the runoff, and common criticisms aimed at Walker. 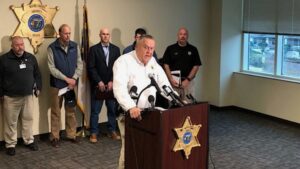