Nearly 40,000 people in North Carolina were left without power on Saturday night after multiple power substations were damaged by gunfire.

Local authorities are calling the incident “intentional vandalism.” They also said they are conducting a criminal investigation and that the FBI is involved in the case.

Sheriff Ronnie Fields stated in a press conference the attacks were “targeted” and carried out by an individual or individuals who “knew exactly what they were doing,” according to local newspaper The Pilot.

Though Fields did not specify a motive, a local conservative activist who had organized a protest against an all-ages drag show taking place Saturday, Dec. 3, the night of the power outage, was questioned by police following a cryptic Facebook post suggesting she had knowledge about the attacks.

“The power is out in Moore County and I know why,” Emily Grace Rainey wrote on her Facebook page. According to the Daily Beast, around the same time, she posted a photo of the Sunrise Theater — the venue holding the sold-out drag show — using the caption “God will not be mocked.”

When police visited Rainey, she said, “I told them that God works in mysterious ways and is responsible for the outage. I used the opportunity to tell them about the immoral drag show and the blasphemies screamed by its supporters. I told them God is chastising Moore County, thanked them for coming and wished them a good night. Thankful for the LEOs service, as always.”

In a follow-up post, Rainey said she spoke with police and was “sorry they wasted their time.”

The “Downtown Divas” drag show, a local nonprofit supporting LGBTQ causes, was scheduled for 7 pm and allowed children and teenagers to attend. But, following angry protests, the venue announced that only people 18 and older would be admitted.

“Last night, unknown individuals vandalized at least two substations in Moore County with criminal intent. Motive for this crime remains unknown,” U.S. Rep. Richard Hudson said on Sunday. “Many Moore County residents remain without power. I want to thank Sheriff Ronnie Fields and all local law enforcement as well as the SBI and FBI for their quick action to respond to the incident.”

Moore County authorities made a formal disaster declaration on Sunday, while Duke Energy personnel worked to assess the damage. The company had initially planned to have power restored by 10 pm, but later assessed it could take until Thursday, Dec. 8, to restore power, as some equipment cannot be repaired and must be replaced, according to The Pilot.

Editor’s Note: A previous version of this article did not include Rainey’s claim that law enforcement “wasted their time.” In addition, the original title of the story wrongly stated that a protestor was a suspect. The title, subheading, and story have been corrected to address these errors. 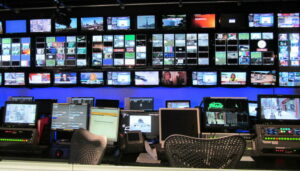