US Economy Adds Far Fewer Jobs Than Expected In December

The U.S. economy added far fewer jobs than expected in December, even with data being collected before the Omicron variant led to a spike in new cases of COVID-19.

The report also found that the “number of persons not in the labor force who currently want a job was little changed at 5.7 million in December. This measure decreased by 1.6 million over the year but is 717,000 higher than in February 2020. These individuals were not counted as unemployed because they were not actively looking for work during the four weeks preceding the survey or were unavailable to take a job.”

“Among those not in the labor force who wanted a job, the number of persons marginally attached to the labor force was essentially unchanged at 1.6 million in December,” the report added. “These individuals wanted and were available for work and had looked for a job sometime in the prior 12 months but had not looked for work in the four weeks preceding the survey. The number of discouraged workers, a subset of the marginally attached who believed that no jobs were available for them, was also essentially unchanged over the month, at 463,000.”

When including discouraged workers and individuals with part-time jobs for economic reasons, the unemployment fell to 7.3%, a decrease of 0.4%.

“The new year is off to a rocky start,” Nick Bunker, economic research director at job placement site Indeed, wrote. “These less than stellar numbers were recorded before the omicron variant started to spread significantly in the United States. Hopefully the current wave of the pandemic will lead to limited labor market damage. The labor market is still recovering, but a more sustainable comeback is only possible in a post-pandemic environment.” 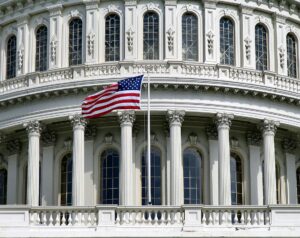 Mom Who Took Her Teenage Son To U.S. Capitol During Riot Sentenced to Three-Months in Prison